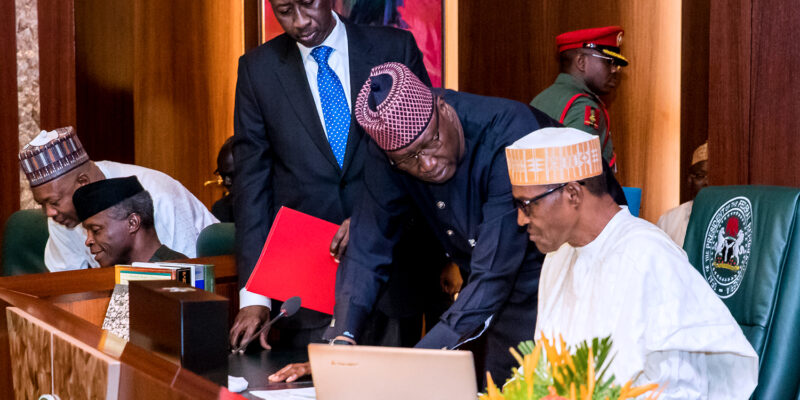 Since the dawn of social media and its attendant pervasion in the communication space, the principle of objectivity, accuracy and social responsibility which hitherto, was the guiding compass of mainstream journalism, has largely been sacrificed at the altar of quackery and fake news reportage.

The social media revolution though with its attendant great advantages has provided the platform for the apostles of fake news to thrive at least in our clime.

The dawn of fake news in Nigeria has come with many challenges that were initially taken for granted as much of it was seen as part of developmental features.  Not many people had initially considered the inherent danger in the dissemination of fake news by social media in so far as the speed with which it brought information to the public domain was seen as a progressive departure from the traditional print and electronic media style.

However, at some point, the effects of fake news in a developing plural society like ours began to draw serious attention as known ethics of the journalism profession became the first victim as objectivity, accuracy, social responsibility were no longer accorded a pride of place.

Such aberration in no distant time, began to rob off on policy issues to the extent that the Minister of Information and Culture, Alhaji Lai Mohammed in the early years of the Muhammadu Buhari administration stridently spoke in condemnation of the new trend.  He went to town with a message on the dangers of fake news and made efforts to push for a legislation to checkmate it.

As could be currently discerned, it is no longer news that those we can describe as fly by night  social media journalists in Nigeria have taken the reportage of fake news as the centre piece of their vision and mission. The current scenario has unarguably opened up the space for more quackery and fakeness to pervade the social media with the attendant consequence of exposing the country to more danger, security wise.

The dissemination of some security related stories without recourse to their accuracy or otherwise before publishing in the social media, has now posed a very serious threat to national security.

Every day comes with some fake news that aggravate the already tensed situation in the entire country. News like “Boko Haram over-run DSS headquarters”, “120 women murdered in Anambra”, “Fulani herdsmen kill  420 Igbo traders in Kano” etc., are common stories in our social media.

One of the most recent trending fake news was that the Lagos State Government has arrested Mary Daniel,  the 26-year-old amputee sachet water seller who was publicly assisted with millions of naira.  Such fake story by several social media platforms went to the extent of saying that Governor Babajide Sanwo-Olu has withheld about N25million contributed for the amputee.

It took an interview by Sahara Reporters to put the story in correct perspective that the amputee was neither arrested nor denied of her money.

Nigerians in contemporary times have  increasingly become helpless with the regime of fake news as more disseminators emerge on the social media as online publishers or bloggers.

The inherent danger in the dissemination of fake news is the fact that it serves as a recipe for anything that can lead to social instability which in turn breeds insecurity.  We are living at a time when the average Nigerian is emotionally disturbed as a result of mis-governance of the political system.  The terrorists,  kidnapping, cultism, banditry, herdsmen activities going on in different parts of the country are often aided in some circumstances by the fake news that are carried in the social media.

Though, of a truth there are many incidents of insecurity recorded by the day in every nook and cranny yet, situations where non existent incidents are played up just to attract readers’ attention could only create more insecurity and instability.  Some incident situations are overblown in their reportage.  This is certainly not good for our already fragile polity.

SECURITY REPORTERS.com as an online media platform founded on the principles of objectivity, accuracy, fairness and social responsibility cannot stand and remain indifferent to this abnormal media culture of promoting fake news or quackery in the practice of journalism.

It is our call therefore, that government should step up effort in addressing the issue of fake news by putting in place a good mechanism to monitor and checkmate those in the vanguard of promoting it via their platforms.  The attempt to put a legislation in place to check mate fake news should be strengthened in a manner that it would actually address the fake news regime without necessarily impinging on the right to inform, educate and entertain which are the main platform on which the traditional media were established.