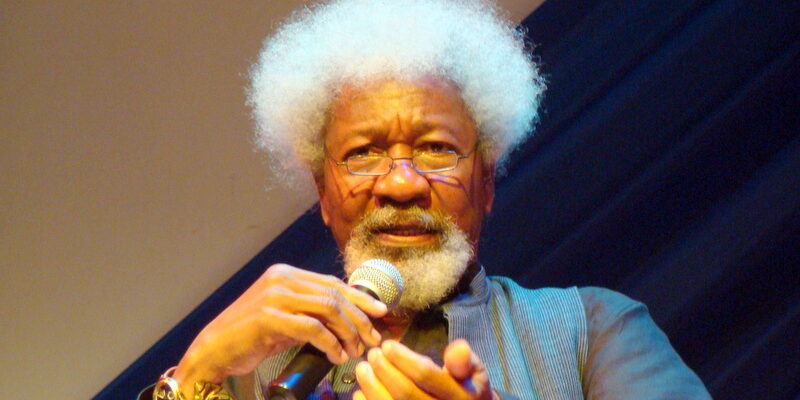 Nobel Laureate, Prof. Wole Soyinka, says it is not criminal or illegal for anyone to express will for separation.

Soyinka, who spoke during an interview with BBC News Pidgin on Monday monitored by securityreporters.com, urged the government to apologise to Igboho for all acts on his person. 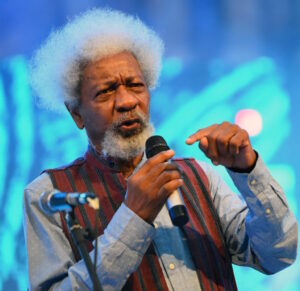 Soyinka subsequently gave examples of people who left a federation or a union to form or join another state including the Bakassi people of Southern Nigeria who seceded to Cameroon.

He also condemned as “bizarre”, the midnight raid by the Department of State Services on the Ibadan house of Yoruba activist Sunday Adeyemo also known as Sunday Igboho, last Thursday.

Recall that the DSS on Thursday paraded 13 of Igboho’s guards and close associates in Abuja. The DSS also admitted killing two of his associates in a gun duel.

Though Igboho had escaped the raid, his house and cars were riddled with bullets while bloodstains splattered over the floors of the house.

The secret police had since declared Igboho wanted. The activist is being accused of stockpiling weapons to destabilise the country under the guise of agitation for Yoruba nation but he has since denied the allegation, saying he protects himself with charms and not weapons.

Soyinka said, “More important for me is the position of the government, saying that the ‘existence of these weapons’ proved that he (Igboho) was planning war against the state.

“That position, very loaded statement, was simply deliberate to conflict issues. It was to obscure the fact that Igboho and other people, myself included, have been decrying the loss of lives of law-abiding citizens, farmers especially all over the nation. Not just civilians, (Ex-Minister of Defense, Gen. Theophilus) Danjuma (retd.), told the people, ‘Don’t trust the military anymore, defend yourself’. Some other voices like governors have made similar statements.

“Now, Igboho, even if he had those weapons, he is claiming that his mission is to liberate his people from the tyranny of squatters, who now become violent overlords, and he has a good cause in that sense.

“Testimonies of farmers who have been brutalised, dehumanised by these squatters, who have acknowledged and identified themselves as Fulani, over decades of this anomalous kind of situation in which the people did not receive the necessary, mandatory and entitled defence and protection by the security forces, in which sometimes, it is the victims who’ve been jailed. The recent case in Ibarapa for instance, is a personal testimony of those who were arrested and detained by the police simply for going to challenge those who were terrorising and raping their women.

“So, now, you have a situation where the government is saying the ‘existence of these weapons’ means that Igboho is planning an armed insurrection against the state. The whole thing from beginning to the end just stinks: the raid, the motivation has become very implausible.”

Soyinka faulted the Federal Government for also not describing AK-47-wielding herdsmen as terrorists waging a violent insurrection against the Nigerian state.

“My advice to the government is that they should stop pursuing Igboho as a criminal because you have begun by acting in a criminal fashion against him,” he stated.

“If and when Igboho comes to trial, I guarantee you the government will be very embarrassed.

“I think they should tell Igboho: ‘We made a mistake, we should not have acted in this way, you are no longer wanted, go back to your home’. In fact, escort him to his home and let him resume his normal life,” the Nobel Laureate added.