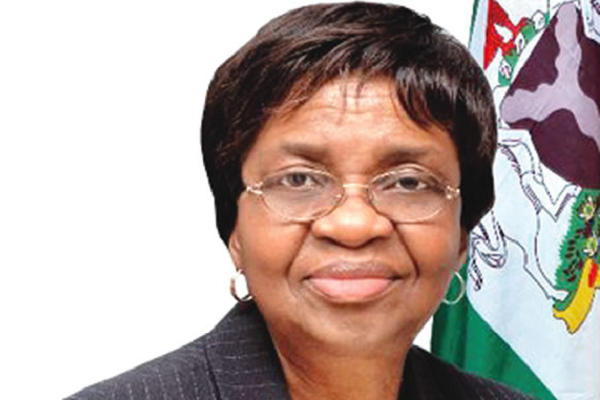 The National Agency for Food and Drug Administration and Control (NAFDAC) has reiterated that eradication of fake and counterfeit drugs, adulterated and unwholesome processed foods and other regulated products is a holistic battle which should involve every well -meaning Nigerian.

Adeyeye said, “As you are all aware, NAFDAC was established by Act Cap N1 Laws of the Federation of Nigeria 2004 to regulate and control the manufacture, importation, exportation, advertisement, distribution, sale and use of food, drugs, cosmetics, medical devises, bottled water, detergent and chemicals (referred to as regulated products).

“Recently the Agency has received series of report on the use of an herbal preparation popularly known as ‘Kurkura’ particularly in the South West and Northern axis of the country. “

“The Agency swung into action and carried out intelligence and enforcement action. We have commenced a nationwide crackdown of all illegal manufacturers and distributors of these Herbal Preparations with a view to bringing perpetrators to book and minimize the usage of the substance.

“Findings from various operations carried out revealed a dangerous trend in the use of such substances laced with high concentration of tobacco and sometimes cannabis by our populace cutting across all genders and age groups particularly Artisans, Drivers, okada riders etc.

Among the above, only Haonu Laha Herbal Mixture is registered, nonetheless laced with unapproved substances that are injurious to the body, she added.

Adeyeye said, ”Among many others. Kurkura is an illicit product illegally consumed for the sole aim of getting intoxicated. The substance when abused can be harmful to the body organs such as the brain, kidney and liver. The damage to the Kidney and Liver cannot be overemphasized.

“This substance can cause irrational thinking, altered state of mind, which if taken by a driver can lead to Road Traffic Accident with the attendant fatality consequences, or can lead to criminal behaviours such as rape, kidnapping and murder”.

She said another herbal preparation that is of concern is aphrodisiac and we have discovered the lacing of it with cannabis.

In our recent operation, “we impounded the following dangerous herbal aphrodisiac at some Islamic Herbal Medicines shops in Zaria, Kaduna State: Gagare Man Power; Minister For Man Power and Almenjou For Lazy Men in Bed.

The statement further reads, “So far one of the illegal factories involved in the production of such unauthorized products has been shut down and the owner arrested.

“Worthy of note is the discovery of the usage of Hyergra 200(Sildenafil Citrate tablet), Amafranil tablets (Clomipramine tablet 25mg) and Cannon Extra (Paracetamol 500mg+Caffeine 30mg) in the production room.

“The owner admitted that he dissolves the Hyergra 200, Cannon Extra and the Amafranil in a drum and mixes the content with boiled Kanafari, Garlic, Dundu, Marke, Hankufa, Sweetner and Sodium Benzoate to make up the Man Power preparation. Yet the label on the preparation read 100 percent Herbal.

“The effect of such preparation on person with heart challenges can only be imagined. The makers of these products were arrested and later granted bail. Investigation is ongoing.”

This product when tested in the laboratory, caused the death of the mice within five minutes. The alcoholic content was doubled compared with the registered product. The retained samples, kept at the point of registration, did not cause any injury to the animals.

“The product laced with cannabis was said to cause altered state of mind and psychological problems to the user. The owner of the company is on the run and the matter has been shared with NDLEA.

We shall continue with the raid on other illegal production outlet and the perpetrators will be dealt with in line with the extant laws and regulations.

“This drives home the fact that eradication of fake and counterfeit drugs, adulterated and unwholesome processed foods and other regulated products is a holistic battle which should involve every well -meaning Nigerian.”

to our citizenry. I would also like to use this opportunity to solicit for the support of health practitioners, community leaders, religious leaders, the press and all stakeholders to continue to educate their wards and family members to desist from patronizing quacks and hawkers of medicines on the street. Let me also use the medium to thank the gentlemen and ladies of the press and civil societies for their support to NAFDAC in this regard.