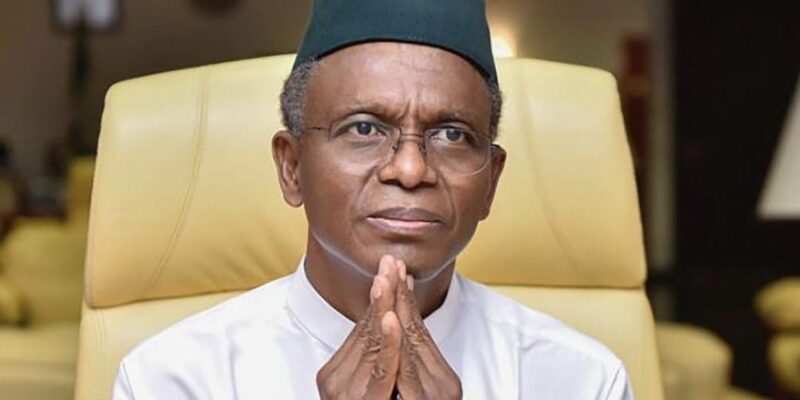 .… As bandits kill community leader, others in Kaduna

Governor Nasir El-Rufai of Kaduna state has noted with deep concern the bandits attack in Na’ikko village in Giwa LGA of the state and appealed to residents to embrace recourse to law.

The Governor gave the charge while recieving reports of multiple bandit attacks from the Commissioner, Ministry of Internal Security and Home Affairs, Kaduna State, Samuel Aruwan.

El-Rufai implored the people to avoid killings and reprisal actions that would prove utterly detrimental to peace in the area as Government was working closely with security agencies and stakeholders.

The Governor assured farmers in the Giwa, Igabi, Birnin Gwari, Kajuru and Chikun LGAs of the Government’s awareness of their plight, and is taking active steps towards ensuring that they would continue to pursue their livelihoods in safety.

Governor Nasir El-Rufai sent condolences to the families of all who lost their lives in the attacks, as he prayed for the repose of their souls. He also wished those injured a speedy recovery.

In a reaction to this, youths of Na’ikko village attacked a nearby Fulani settlement Rugan Abdulmuminu and killed two persons whom they alleged to be involved in the initial attack. These were identified as Abdulmuminu Agwai and Samaila Agwai.

Two persons were injured in the attack: Anas Ibrahim and Aisha Abbas.

Similarly, a community leader, Dauda Adamu, was killed by bandits at Ungwan Ayaba in Chikun LGA.

Armed bandits also invaded farmlands on the outskirts of Gigani village, Kerawa, Igabi LGA and rustled about 14 bulls being used by farmers to plough the land.

The Governor appealed to members of the community to maintain calm, as the matter had been reported and steps were being taken in conjunction with His Royal Highness, the Emir of Zazzau, to address the situation.

The Kaduna State Government urged private schools operating in high-risk areas to adhere to the security advisories issued to them.

This followed reports that some schools have continued to operate outside of the guidelines presented to them by the security agencies for the safety of their students and staff.

The Governor is also monitoring the developments in Kauru, Jema’a and Zangon Kataf LGAs, and working assiduously to enhance security and peace in the identified flash-points in these LGAs.