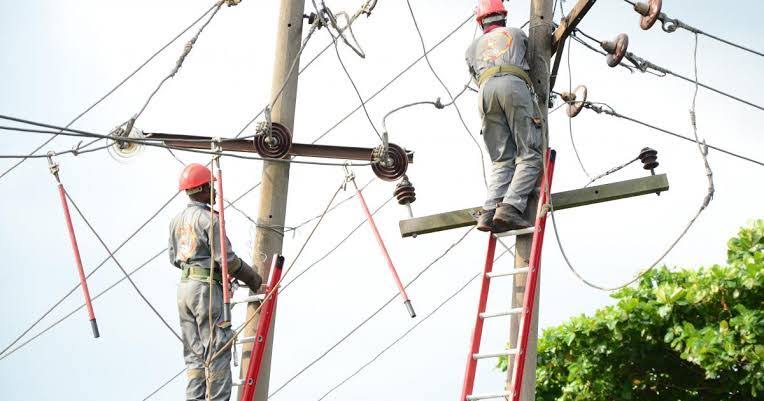 Following intervention by the Ministers of Labour, Mr Chris Ngige, Mr Abubakar Aliyu, Powe as well as the Minister of State for Power, Mr Goddy Jedy-Agba, and the representative of the Head of Service, the National Union of Electricity Employees (NUEE), has suspended ongoing strike by its members for two weeks.
The strike had thrown most parts of the country into darkness for about 24 hours.
Mr Godfrey Abah, the Chairman, FCT chapter of NUEE told the News Agency of Nigeria (NAN) in Abuja on Wednesday.
Others at the meeting he said were the representatives of the Bureau of Public Enterprise (BPE) and the management of Transmission Company of Nigeria (TCN).
Abah said all the issues were presented and a high power delegation was set up to look into the matter and report back within two weeks.
”On that premise, we decided to suspend the strike for two weeks pending when the issues will be resolved, ” he said.

He also said that on the issue the union had with the TCN’s Board, they had written a letter to schedule a meeting with them to resolve the issue.
Recall that NUEE had in a notice signed by its General Secretary, Mr Joe Ajaero directed its members to stop work effective Aug. 17.
”You are hereby enjoined to mobilise immediately for serious picketing of TCN Headquarters and Stations nationwide over the directive by the TCN Board that all Principal Managers in acting capacity going to Assistant General Manager must appear for a promotion interview.
”This directive is in contravention of our Conditions of Service and Career Progression Paths and was unilaterally done without the relevant Stakeholders,” the union said.
The union also decried the failure of the authorities to pay the entitlements of former staff of the defunct Power Holding Company of Nigeria (PHCN) since December 2019.
Earlier, the Transmission Company of Nigeria had confirmed that the national grid had been shutdown following the industrial dispute by the two in-house unions in the company.
In a statement by the TCN’s General Manager, Public Affairs, Mrs Ndidi Mbah in Abuja, TCN said the grid was shut down by the unions even as effort was being made to resolve the issues upon which the action was called.
Mbah said that the incident occurred at 3:01p.m. on Wednesday, after several 330kV transmission lines and 33 Kilo Volt (kV) feeder-lines across the power system network had been switched off by the members of the unions.
”This resulted in generation-load imbalance and multiple voltage escalations at critical stations and substations.
She said that this was coming weeks after the company had come out of hectic grid management regime, occasioned by paucity of generation that lingered for a couple of months.
Mbah said that enduring mechanisms are being instituted to avert a situation of this kind going forward.(NAN)