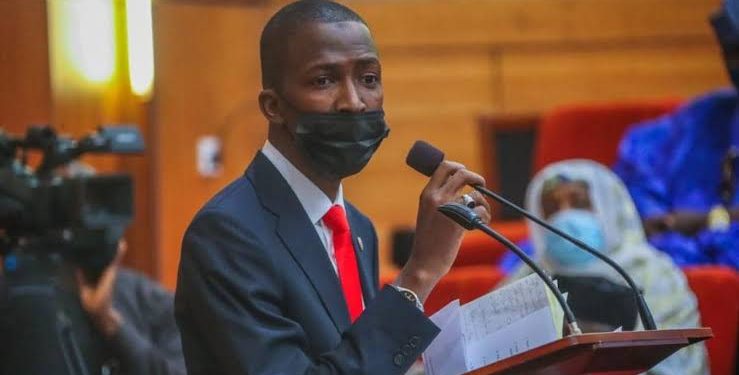 By Nkasi Kolie
The Economic and Financial Crimes Commission (EFCC) has designed a new corruption prevention model to complement its enforcement activities. This has been made known by the Commission’s Chairman, Mr. Abdulrasheed Bawa.
The Chairman who spoke through his Chief of Stafftaff, Hadiza Zubairu Gamawa, at the ongoing capacity building workshop for members of boards of parastatal, commission and government agencies, organized by the Bureau of Public Service Reforms in Abuja, said it has been established that, it was far cheaper to prevent than fight corruption. He reiterated his statement before the Senate at his confirmation that he was going to fight corruption, not corrupt persons.
According to him, the prevention model would  incorporate fraud risk assessment and proactive measures to address corruption vulnerabilities in public corporations, particularly revenue generating agencies.
“The EFCC will work with these institutions to identify corrupt conduits, and ensure they are eliminated from the system,” he said.
Speaking further, he disclosed that the Commission will be conducting a quarterly workshops on the ills of economic crimes for enhanced public consciousness of the malaise.
The anti-corruption czar also took time to x-ray the activities of the agency and the special powers conferred on it by Section 7 of the EFCC Act. “It is the responsibility of the EFCC to be proactive and deny the perpetrators of economic crime access to enjoy the proceeds of crime,” he said.