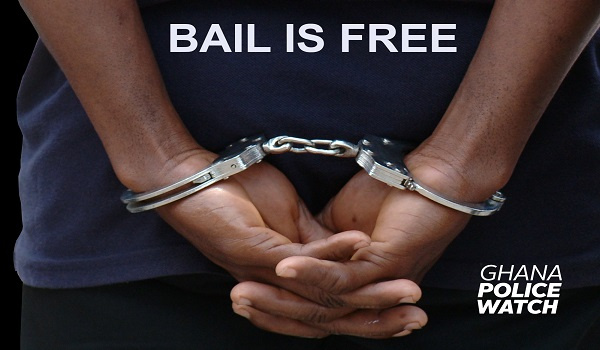 Last Saturday during an interactive session with crime reporters at the Police Officers Mess, GRA Ikeja, Lagos; the Commissioner of Police in charge of Lagos State, Mr. Sylvester Abiodun Alabi once again warned members of the public to stop giving bribe of any kind to officers and men of the Nigeria Police Force.

He had given the warning while responding to questions by some journalists that some police personnel were still in the habit of demanding and collecting bribe particularly in the guise of granting bail for those who are involved in one bailable offence or the other.

While reiterating the fact that bail is free as far as police authorities are concerned, the police boss did not hesitate to ask why should a civilian presumed innocent of an offence pay the police to secure his freedom when he has the opportunity to enforce his right.

In the words of Alabi, ‘any member of the public who offers bribe to the police is as guilty as the policeman who demands and collects same’. He has therefore declared that no matter how insistent any police man could be in extracting bribe from ‘victim’ the person should not yield but report the matter to higher quarters.

Ordinarily, the position of the police Commissioner is the ideal thing but regrettably it is only in a few cases such a recommendation could be achievable given our unpalatable policing system and rottenness in the system.

Bribery, which is not only common with police personnel but also found within other security agencies like Nigerian Customs, Nigerian Immigration Service and so on, came as a result of certain institutional dysfunctions.

While we do not in any way endorse the act of taking bribery or corrupt enrichment by the police or other security agencies personnel, we hasten to explain that those who indulge in bribery syndrome audaciously do so, as a result of the levity with which culprits have been handled in the past besides the fact that some failure of government remains the root cause of bribery.

Following the rules of logic that there is no effect without a cause, we can assume that the failure of our leaders whose responsibility it is to provide for the needs of the police and other security agencies, largely accounts for the birth of bribery in the first place.

In countries with responsible leaderships, police personnel do not thrive in bribery. It is aberration for them to audaciously engage either a crime suspect or victim of crime to illegally part with cash. This is made possible by adequate provision for the operational and administrative needs of the police.
In our clime, reverse is the case as the police as an institution is not provided for, in terms of salaries, allowances and other welfare packages that are commensurate with their statutory responsibilities.

The truth remains that in spite of all the loud statements often made by government and leadership of the Nigeria Police Force of having robust Force, much of the promises and assurances have often ended up on the papers such promises were written down.

It is not hidden that if not for the intervention of some states government security trust funds whereby hundreds of operational vehicles and other gadgets have been donated to the police and other security agencies, the situation of the Nigeria Police Force would have been worse than what it is today.

Some police divisions across states of the federation cannot conveniently fuel their operational vehicles without support from members of the public. Some divisions cannot even boast of one operational vehicle hence often times, victims of crime who need police assistance that needs movement are asked to pay money for such movement.

There are many cases where victims of crime would be the ones to provide vehicle for the police who want to go for arrest of suspects. In saner climes, it ought not to be so.

In some police divisions, some thing as cheap as writing paper (A4 paper) for writing statement could not be provided by management of the police. At times either the Investigating Police Officer (IPO) uses his money to buy the paper or he asks the complainant or suspect to pay for it.

The failures on the part of government and police leadership are too numerous to mention hence police personnel over the years made bribery as part of their culture in other to take care of certain inadequacies.

More so, the ostentatious life style of the political class helps to induce the culture of bribery or other corrupt tendencies on the part of the police or other security agencies. Let us take for example, a situation where a police sergeant whose monthly take home pay is not more than N80,000 is assigned on VIP protection to a lawmaker whose monthly take home is not less than N8million and perhaps whose educational qualification is not more than an Ordinary National Diploma or School Certificate which the policeman also possess.

While we support Commissioner Alabi in his drive to do away with bribery or other corrupt practices among police personnel in Lagos in particular, we would plead with the authorities to sincerely take care of those inadequacies which are causal factors to the bribery syndrome. Let us not concentrate on the effect but getting rid of the cause first.