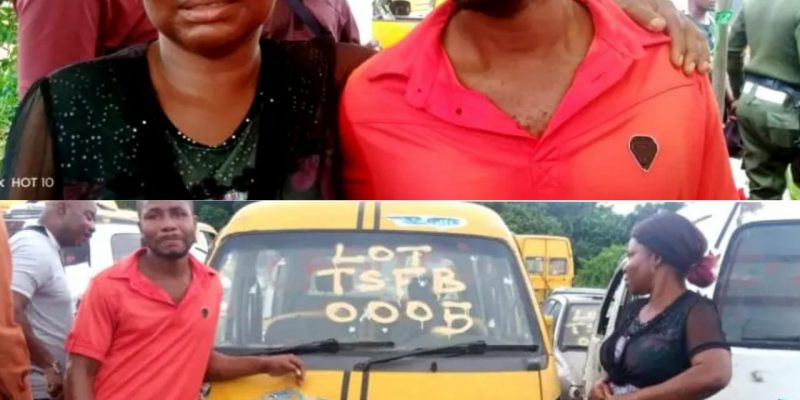 The controversy between the ruling All Progressives Congress (APC) in Lagos and the opposition People’s Democratic Party (PDP) stirred up at the weekend  by the visit to owners of auctioned vehicles by the PDP governorship candidate; Olajide Adediran and his Deputy Funke Akindele in Lagos in the week, is one controversy that would win some support for  Adediran (a.k.a. Jandor) and his running mate from members of the public.
The support is essentially not for the encouragement of lawless citizens but simply a review of the various harsh penalties prescribed by the newly approved law for traffic related offences in the State.
As concerned citizens while we endorse the enactment of the law to checkmate traffic abuses in Lagos cosmopolitan city, we hasten to align with those clamouring for a reversal of certain aspects of the law with extremely harsh penalties as these are capable of creating more social problems than the sanity the law has envisaged for the society through its numerous provisions.
While certain aspects of the law have made provisions for penalties that are commensurate with the offence committed, certain offences come with penalties that are outrightly an overkill.
For example, driving without licence attracts impounding of the vehicle. Same penalty for driving a car without road worthiness, driving without Hackney permit, disobeying LASTMA officials and smoking while driving.
We make bold to say that such harsh penalties which in some cases amount to double punishment for the same offence is against any spirit of corrective-ness as an intendment of the law prescribing the punishment.
It would be germane therefore to say that penalty (for example) for those smoking while driving which is the impoundment of the vehicle leaves no corrective lesson but akin to killing a fly with sledge hammer. The penalty is outrightly unjustifiable.
The PDP governorship candidate, Odediran and his deputy in paying sympathy visit to two of those whose vehicles were impounded and auctioned had considered it humanly to show such solidarity not in endorsement of lawlessness but to protest the deprivation of the offenders their families’ means of livelihood like in the case of Osinachi Ndukwe.
Ndukwe was sentenced to three months in prison for driving against traffic.  While serving the sentence, his three month old child died due to lack of care and at the time of his release after serving the sentence, his commercial bus had been auctioned by the government.
The argument here as traded by the APC government against the visit of PDP candidates gives impression that by the visit, Jandor and Akindele were outrightly endorsing lawlessness.  This, from reports in the public space could not exactly be the case as the PDP chieftains have only advocated for non-deprivation of one’s means of livelihood by government whose constitutional responsibility includes making provision for the welfare of the citizenry.
We would therefore want the Lagos State Government to take into consideration the opinions, suggestions and advice put forward by PDP governorship candidate and his Deputy and other stakeholders with respect to the prevailing traffic laws.  The call for a review of the harsh penalties is genuine and we stand by it.