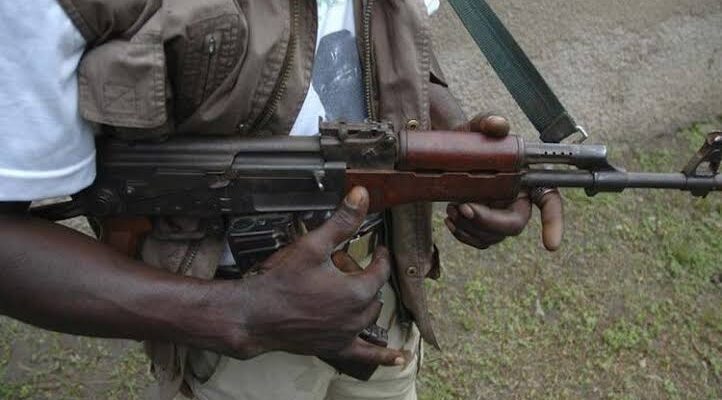 The increasing spate of politically related assassinations in Nigeria in recent time has brought to the fore, a sad reminder of the ugly incidents that characterised the earliest days of the country’s Fourth Republic.

Those were the days when a sitting Attorney General of the Federation and Minister of Justice, Chief Bola Ige was gruesomely murdered at his Ibadan private residence.

That was the era, a Peoples Democratic Party (PDP) South-South chietain A. K. Dikibo, Engr. Funso Williams, a Lagos Governorship aspirant, Dipo Dina of Ogun State, Harry Marshal of the All Nigerian Peoples Party (ANPP)  and many others were murdered in politically related circumstances by killers whose identities are still unmasked.

With the recent killings of an All Progressives Congress (APC) Chieftain Alhaji Ahmed Gulak in Owerri, Imo State, the Managing Director/Chief Executive Officer of the Scientific Equipment Development Initiative (SEDI) Enugu, Prof. Simon Ndubuisi, former NULGE Chairman in Asaba, Driver and police guard of Chief Michael Johnny, an APC Chieftain in Warri and many other incidents, one needs not over emphasize the fact that assassins are once again largely on the prowl as another election period is fast approaching.

It is saddening that Nigeria’s political history is characterised with bizzare narrative that leaves us more as people in animal kingdom or those still at the state of nature where might is right.  That the Nigerian political class at different levels could still not outgrow savagery and other beastial characteristics which bring fears into the system leaves so much to be desired.

Agreed that the country is already ladden with huge insecurity that cuts across kidnapping, banditry, insurgency, cultism, it certainly becomes more disheartening to observe that politically related killings (all in the quest for power) are now worsening the insecurity situation.

Like in previous elections, as the count down to 2023 general elections are approaching, evil manifestations by way of hired killing in situations that bear semblance of politically motivated murders are already on the horizon.

Similar occurrences have also been noted in other circumstances that have to do with bye elections are already on record. Former Central Bank of Nigeria Governor and candidate of the All Progressives Grand Alliance (APGA) Prof. Chukwuma Soludo narrowly escaped death earlier this year when he had a town hall meeting with his political  supporters in his village prior to the party primary election that eventually produced him as APGA candidate for the November 6, 2021.

Gunmen had stormed the venue attempting to kill him but they failed in getting him down but his police guards were not so lucky as three of them were killed in the circumstance.

With all these playing out, we hasten to caution that political office seekers at all levels should play politics in a godly manner devoid of the violence and annihilative tendencies that do not take us anywhere.  Resorting to killing of political opponents or those perceived to be future obstacles to any one’s ambition unarguably brings out the Satan in some of us because no godly person would attempt to take a life he did not create.

Many of our country men and women had in the past been lost to the assassins bullets. We are tired of such ugly narrative. This is the time to a paradigm shift.