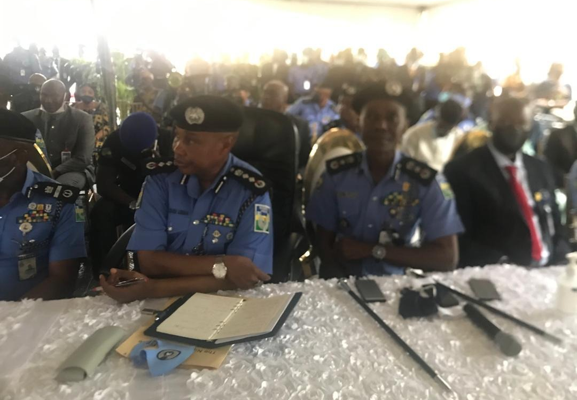 The Inspector-General of Police, IGP Usman Alkali Baba, has advised officers and men of the Lagos State Police Command and other police formations not to commit suicide by being unprofessional.

The Inspector-General of Police, gave the charge during a tumultous fun time with the officers and men of the Command and other formations at the Command Headquarters, Ikeja-Lagos on Wednesday. 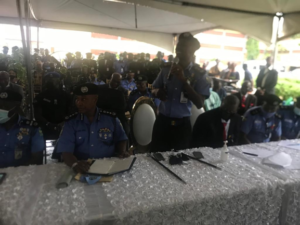 Baba assured, “Your welfare is being taken care of like never before, do not commit suicide by being unprofessional”.

The IGP charged the officers to be alive to their duties and protect their lives and property, noting “never again should your Police Stations be sacked by hoodlums wielding guns, sticks and matchetes”.

Despite the heavy rain in Lagos, the IGP in down to earth exchanges, engaged the personnel on their general well-being and betterment of the Nigeria Police Force. 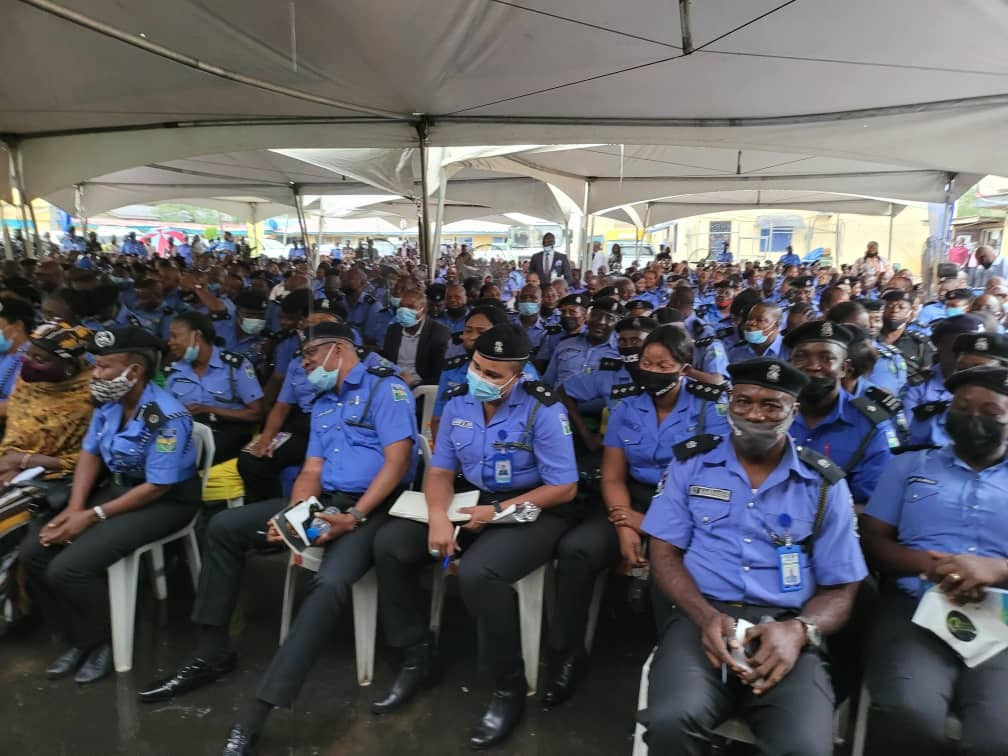 He advised them on proper dressing, efficiency, discipline, commitment to duties and uphoding the core values of the Nigeria Police Force.

Baba promised to release some crime fighting equipment to the Lagos State Police Command in order to boost its arsenal and promote public safety in Lagos State.

The IGP also promised to embark on empowerment programmes for the wives of officers and men in the Nigeria Police Force, such that wives will not be solely dependent on them. 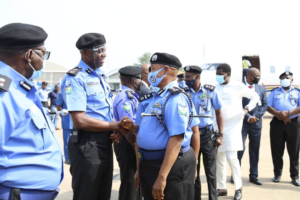 IGP Usman Alkali Baba, who is on a 3-day working visit to Lagos State, is expected to depart for Abuja on Friday.

Meanwhile, the Lagos Police Command has refuted the news that the IGP Usman Alkali Baba was booed  on arrival in Lagos.

In a statement  the Command Public Relations Officer, CSP Olumuyiwa Adejobi, desribed the publication as “false, baseless and mischievous as the Inspector-General of Police was never booed, rather he was warmly received and celebrated by Lagosians”.

The Command urged the general public to disregard the fake news and continually support the Nigeria Police Force as ever, as the new leadership of the Nigeria Police Force, under the command of the 21st indigenous Inspector-General of Police, IGP Usman Alkali Baba, is committed to improving the general security of lives and property in Lagos State and Nigeria at large.