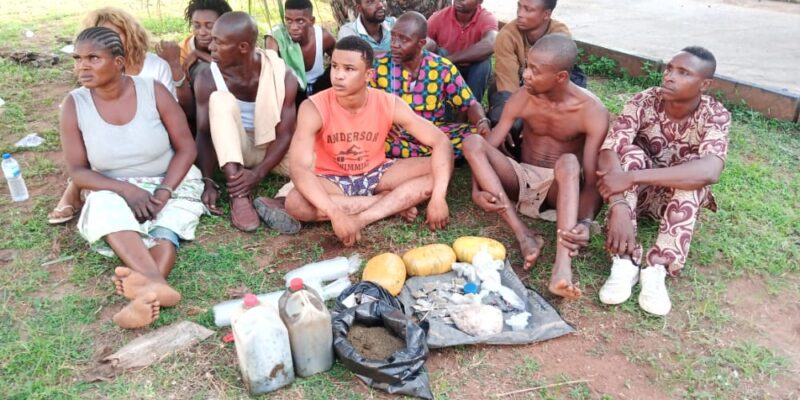 By Charles Nwabardi
Detectives from Delta State Police Command are not relenting in what has become a renewed clamp down on all semblance of crime and criminals in the state with the arrest of a gun runner Francis Ogono. 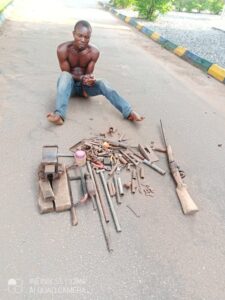 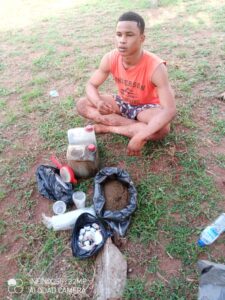 The said Ogono was allegedly found with single barrel gun and several tools used in the production of cut to size guns.
Delta Police spokesman DSP Bright Edafe confirming the incident, said investigation was still ongoing adding that the Command was also investigating a case of kidnap during which the victim one Ibude Celestine; a female of Okoukoko was rescued.
According to police sources, at about 8.45am last Thursday, police Dragon Patrol teams while on stop and search duty along Ughelli/Warri Expressway by Ekrwhavwe community junction, intercepted and rescued Celestine who was earlier Kidnapped about 7.30am same day in her Lexus Jeep after dropping her kids at school in Okoukoko. 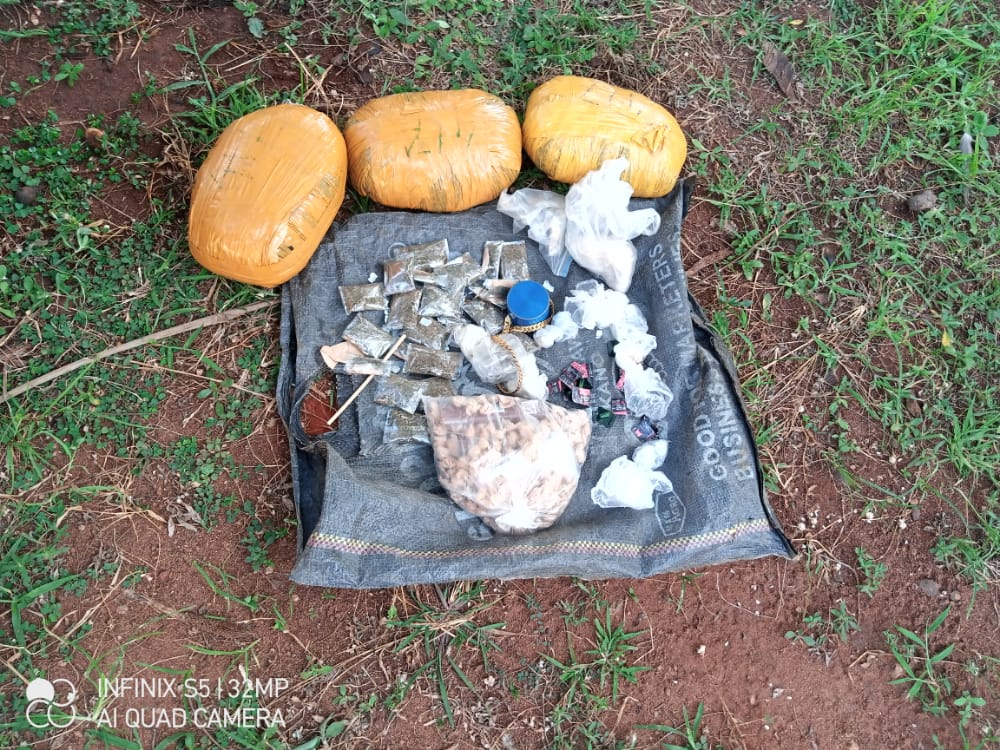 Police spokesman said her rescue by the Dragon Team was made possible due to technical intelligence squealed to the team in collaboration with Agharho Divisional patrol team all of whom swung into action and moved to Usiefurun Community.
The vehicle was reportedly sighted by the combined teams and the abductors on noticing that police were chasing them abandoned the victim’s gold color Lexus RX 350 Jeep Reg No. LSD 366 CL, Chassis No. 2T2HK3UO8C077223 and their operational vehicle; a black color Honda Pilot Jeep Reg No. Lagos KTU 911EJ Chassis No.2HKY18604H541056.
They reportedly fled into the bush.
On searching the abandoned Honda Pilot Jeep, police recovered one Pump Action Gun, Breech No. 870150457 and six live cartridges. 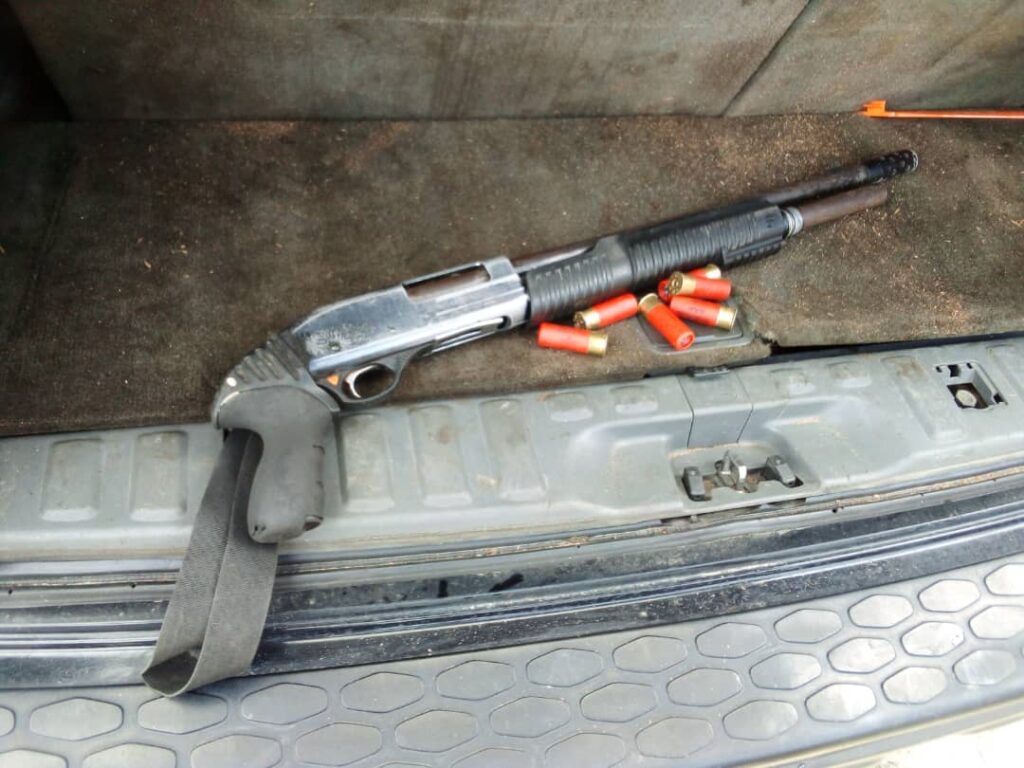 Similarly, detectives from Delta State Police Command acting on credible information swooped on a cartel suspected to be dealing in hard drugs.
The group is suspected to be domiciled in Sapele.
Operatives of SACU had reportedly gone after them on suspecting that the cartel was providing criminals with drug as strength enhancer in the performance of their nefarious activities.
SECURITY REPORTERS.com gathered that last Saturday, operatives stormed their hide out where over 50 suspects were sighted, but they suddenly took to their heels. 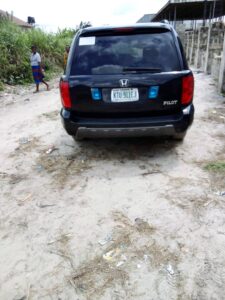 The police went after them and arrested some.
They include Eric Atijegbe (35 years), Adams Esubi (46 years), Joshau Oda (18 years) and nine others all of Okpe Delta State.
According to DSP Bright Edafe, exhibit recovered from the suspects included Cocaine, Refinol, Indian Help, cracks and other illicit drugs.
“Their case is still being investigated” Edafe said