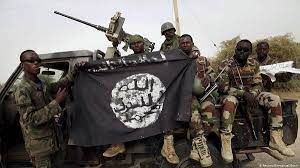 The Chief of Army Staff, Lt. Gen Ibrahim Attahiru, has told the Senate that to win the war against insecurity in the country without necessary weapons may be difficult.

General Attahiru  made the disclosure when the Senate Committee on Army, led by Senator Mohammed Ali Ndume visited the Army Headquarters, Abuja as part of oversight functions.

He reiterated that to defeat banditry, kidnapping, insurgency and secession among other security threats, security agencies need required equipment, weapons and armoured fighting vehicles among others.

He said: “As we all know, Nigeria is faced with a lot of security challenges that include insurgency in the North-East, banditry in the North-West and part of North-Central as well as secessionist agitations in the South-East and South-South geo-political zones of the country.

“I urge you to, as a matter of urgency, consider these critical needs as you legislate and appropriate funds. I will be counting on your support so that we can efficiently perform our constitutional roles and defeat all our threats.

“This courtesy visit is timely because it affords us the opportunity to interact and discuss issues that would impact on the funding of Nigerian Army activities and operations while also strengthening the cordial relationship between the National Assembly and Army Headquarters.

While appreciating the Chairman and members of the Senate Committee on Army for “the relentless support extended to me during the process leading to my confirmation as the Chief of Army Staff,” the COAS said: “Let me assure the Senate Committee on Army that the Nigerian Army under my leadership remains apolitical and committed to the protection of democracy and good governance in Nigeria.”

Responding, Chairman, Senate Committee on Army, Ali Ndume, said the purpose of the visit was to have close understanding of the issues and needs of the Nigerian Army and find a way to address them.

Ndume said that the Army has a daunting task of mitigating the various security challenges confronting the country, adding that the National Assembly plays important roles in terms of giving the necessary legislative support to the Nigerian army.

Ndume added: “I want to assure you that even though Nigerians are already expecting so much from the service chiefs, we have been given the assurances that they would do their best. But the bottom line is that they must be given what they need in order to carry out the assignment and that is money, equipment, personnel and all those translates into money.

“That is why we are calling on the government to give the Nigerian army the necessary support and tools to execute the mandate that is highly expected.

“Fortunately, we understand that the supplementary budget will be laid before the National Assembly to take care of some of the loopholes and lapses that we saw in 2021 budget and knowing the new security challenges that we are facing in various regions.”