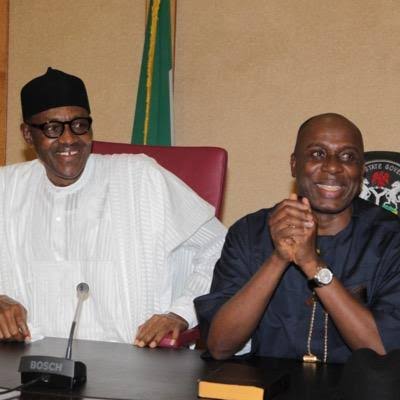 The Minister highly elated, stated this at the  flag-off ceremony  of the Integrated National Security and Waterways Protection Infrastructure in Nigeria also known as the Deep Blue Project at the ENL Terminal, Apapa Port, Lagos.

Amaechi recalled that he faced several oppositions in the course, including some lites in the system who he alleged to have been making money from the insecurity menace.

According to him,the components are huge in cost and very sensitive assets, which must be properly serviced and maintained.

Jamoh said the project was aimed at ensuring safer waterways so that businesses can thrive and ultimate boost the national economy.

He applauded President Buhari for signing the Anti-Piracy bill into law, adding that NIMASA has convicted about 10 offenders for the first time, under the law.

According to him, NIMASA is working closely with international community to curtail criminality in the nation’s exclusive economic zone.

The DG said pirate attacks have reduced  from mid-February this year, urging the shipping firms to review the war risk insurance to Nigeria.

On his part, the Minister of Defence, Major General (rtd) Bashir Magashi, stated that with the Deep Blue Project, safety is guaranteed in the maritime sector and this would attract Foreign Direct Investments (FDIs) in maritime.

He described the C4i intelligence centre as the heart of the project, adding that with the operation of C4i and the entire project, piracy in the nation’s exclusive economic zone (EEZ) and the entire maritime space will be addressed.

Magashi said there is need to make judicious use of the Deep Blue Project assets and advised that proper maintenance be provided to ensure the benefits of the project are fully optimized.