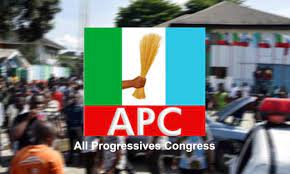 By Braxton Ilobah
Former Publicity Secretary of the All Progressives Congress (APC) in Niger State, Comrade Jonathan Vatsa, has lambasted the 9th National Assembly of the Nigerian Senate for the proposed bill seeking death penalty for anyone convicted for hate speech.
While addressing selected journalists in Minna on Thursday, the former Commissioner for Information, Culture and Tourism in the state described the move as not only laughable but a direct invitation for anarchy.
The APC chieftain advised the 9th Assembly to also propose a bill that will apply for lands in the 36 states, including the Federal Capital Territory, Abuja as did for Ruga to be used as cemetery for hate speech offenders that will be killed.
According to Vatsa: “I call on Senator Aliyu Sabi Abdullahi to also propose a bill that will ensure we have separate cemetery for offenders so that we can have it as tourist’s sites with inscriptions ‘Hate Speech’ cemetery because the offenders may also include those of us who have benefitted from hate speech.
“What a shame.” Vatsa wondered why the APC-controlled Senate should ever contemplate such a “draconian and unpopular law,” saying:
“We rode to power in 2015 through hate speech.“We (APC) brought hate speech to Nigeria politics and I am one of them.
“As a Publicity Secretary of the APC, I know how we used hate speech to mobilize Nigerians against the then ruling party. “And it paid off because Nigerians eventually hated the Peoples Democratic Party.
“Before 2015, Nigerians did not know anything like hate speech.
“In fact, since the return of democracy in 1999, we are just hearing about hate speech. “APC as a political party brought hate to politics in form of propaganda.
“The truth must be told: we are the architect of hate speech and nobody complained about it. “We enjoyed it and it worked for us.
“If we think we have failed Nigerians in our change promises, we should be bold enough to tell Nigerians that we are sorry, we couldn’t deliver, but to try to cage them by trying to introduce or recycle Decree 4 of 1984 in the name of hate speech is unacceptable.”
The APC chieftain while blaming the Senate Deputy Whip, who is from Niger North Senatorial District, Aliyu Sabi Abdullahi, warned that the proposed bill for death penalty for hate speech “might consume all of us”.
Vatsa said rather than proposing death penalty for hate speech offenders, it should be death penalty for corrupt leaders in this country because “corruption and injustice gave birth to what is now being called hate speech.
“If there is justice, equity, fairness and respect for rule of law, there will be no hate speech.
“But when people are being marginalized and denied their right, surely there will be hate speech.
“You cannot stop people from expressing their freedom of speech. “If the Senate is proposing death penalty for hate speech, then what will they do to Boko Haram, armed bandits, kidnappers, oil bunkers and treasury looters both politicians and civil servants?
“All these things are worse than hate speech. “There are more pressing issues to Nigerians that the Senate should look into and address instead of wasting their energy on an unpopular bill like this one that will not see the light of the day.”
Vatsa however believes that there are more to the proposed hate speech bill, adding: “If the rumor of President Muhammadu Buhari nursing the ambition of third term is correct, then they need death penalty for hate speech to silence everybody who will want to oppose him.
“But the Senate should know that he who lives in a glass house should not throw stone because they cannot be there forever.
“When they leave the Senate, the law can catch up with them.
“Again, if the money meant for constituency projects are utilized for the purpose it was meant for and the people begin to see dividends of democracy, there will be no need for hate speech.
“If the millions of Nigerian youths can have something to do to earn a living, they will not have time for hate speech.
“If people are allowed to elect their leaders in a free and fair election there will be no hate speech.“So, something gave birth to hate speech and that is what the Senate should address.