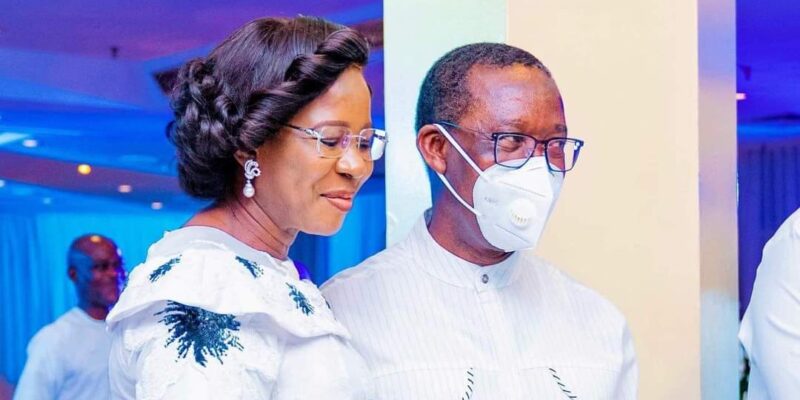 By Frank Oshanugor
As the First Lady of Delta State, Dame Edith Okowa marks her 60th birthday on Tuesday June 1, 2021 the Senior Special Assistant (SSA) to the Delta State Governor on Health Monitoring, Dr. Michael Nwoko has described Mrs. Okowa as a strong pillar to governance in the State. 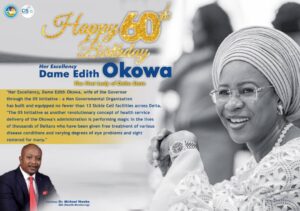 In a statement to the media on Monday, Nwoko who is also the State Coordinator, Health Monitoring Team noted that since the assumption of office by Senator (Dr) Ifeanyi Arthur Okowa as Governor six years ago, the First Lady has steadily been supportive in many ways one of which is the creation of a platform to assist the less privileged.

The Governor’s aide  pointed out that through the First Lady’s “05 Initiative” – a not-for-profit Non Governmental Organization (NGO), no fewer than 13 Sickle Cell facilities have been built across the State.
In Nwoko’s words, “The 05 Initiative”  is another revolutionary concept of health service delivery of the Okowa’s administration which is performing magic in the lives of thousands of Deltans who have been given free treatment of various disease conditions and varying degrees of eye problems and sight restored for many.” 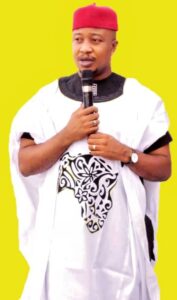 Nwoko noted that this effort of Dame Edith Okowa in complimenting the concerted effort of her husband in taking Delta to a higher pedestal in healthcare delivery is no mean achievement in a country where some persons in her position would have focused more on self aggrandizing projects that benefit the masses little or nothing. 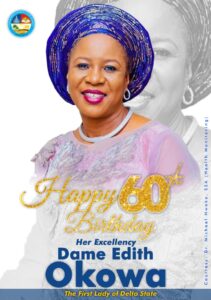 While congratulating the First Lady on the auspicious occasion of her 60th birthday,  the SSA urged her not to relent in doing more to uplift the less privileged in the State in the remaining two years of the tenure of His Excellency, Sen. Dr. Ifeanyi Arthur Okowa as Governor of the State.