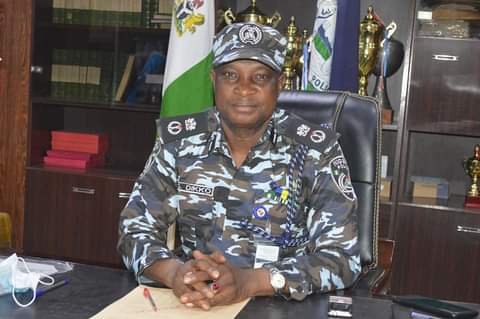 The Kano state Commissioner of Police, Sama’ila Dikko, has  commended the stakeholders of the state community Community Policing for their prayers, support, encouragement and cooperation.

Dikko gave the commendation at a meeting of Community policing stakeholders  across the 11 area commands of the state with heads of security agencies and hunters’ association.

Dikko said, “Currently with a very low crime rate, serene and peaceful atmosphere in the state, the police will continue to remain steadfast and resolute in safeguarding lives and property.”

In another development, police command in Kano State has arrested 63 suspected drug dealers and thugs in a clearance operation across the eight local government areas (LGAs) of Kano metropolis.

The Kano State Police Public Relations Officer, DSP Abdullahi Haruna, said this in a statement on Thursday in Kano.

He said the persons included 42 suspected notorious thugs (Yan Daba) and 21 drug dealers, adding that they were arrested from May 30 to June 1.

He said the clearance operation was part of efforts to rid the state of all forms of criminality, especially thuggery and drug abuse.

Haruna said a large quantity of arms, illicit drugs (Tramadol) worth N29.9 million and exol tablets worth N3.2 million were recovered during the operation.