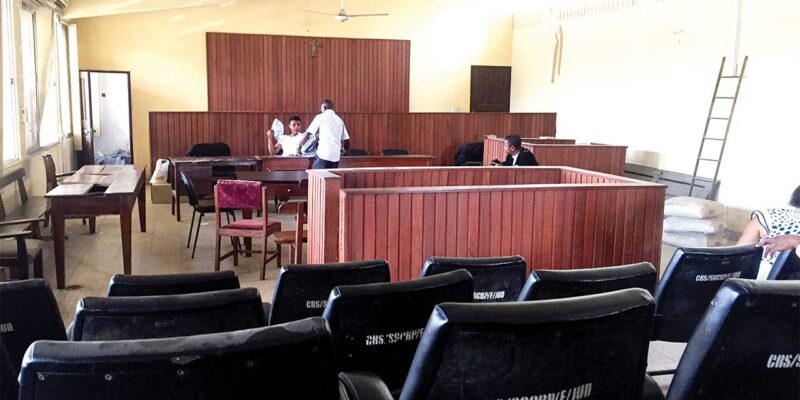 By Charles Nwabardi.
A Bayelsa State High Court presided over by Justice Iniekenimi Uzakah has issued a bench warrant for the arrest of a former General Manager of the State Broadcasting Corporation, John Idumange for evading trial.
Idumange, who also served as former aide to ex-Governor Seriake Dickson’s on Research and Documentation as well as Social Media, is standing trial for accusing some government officials of diverting the N3bn agriculture loan of the Central Bank of Nigeria allocated to the state.
Uzakah gave the order on Monday following an oral application by the state prosecuting counsel, E. S. Obed, that the accused had been absent from court to defend the charges leveled against him.
The defense counsel, Ebikebuna Aluzu, had told the court that the defendant had an accident on his way to court, but the judge insisted that he must be produced in court on the next adjourned date.
Idumange was sued by the state’s Attorney-General and Commissioner for Justice, Biriyai Dambo, for alleged misdemeanor and seditious publications against government officials, accusing them of diverting the N3bn CBN agric loan.
A magistrate court had on March 11, 2021, in Yenagoa authorized the former Radio Bayelsa manager’s detention for 30 days pending a police investigation