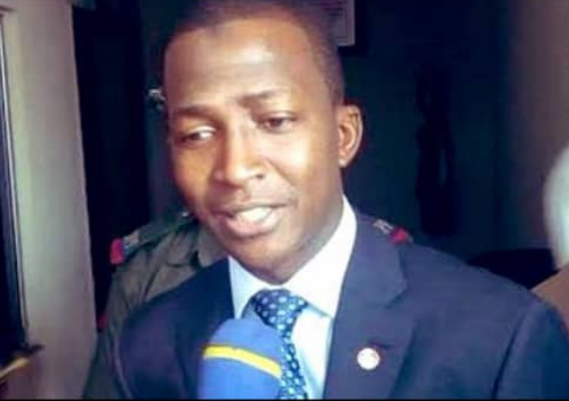 By Nkasi Kolie          |
The Makurdi Zonal Office of the Economic and Financial Crimes Commission(EFCC)has arraignedAyaka Apir Ityu, Permanent Secretary, Ministry of Health, Benue State, before Justice A. I. Ityonyiman of the Benue State High Court, Makurdi, on one count charge of forgery.
The charge reads: “That you, Ayaka Apir Ityu, while holding the office of Permanent Secretary, Ministry of Health, Makurdi, Benue State, sometime on the 23rd of December, 2019, in Makurdi, within the jurisdiction of this Honorable Court, did dishonestly make a false document titled: PROPOSAL TO CARRY OUT MAINTENANCE, REPAIRS AND LOGISTIC SERVICES, dated 23rd December, 2019 on the letter head paper of DEEMTEE RESOURCES LIMITED and addressed to the Hon. Commissioner, Ministry of Health, Makurdi, purporting same to have been signed by one Peter Orshi, which you knew was false and thereby committed an offence contrary to section 364 and punishable under section 365 of the Penal Code cap 124(Revised Edition), Laws of Benue 2004,”.
He pleaded “not guilty” when the charge was read to him.
In view of his plea, prosecuting counsel, George Chia-Yakua asked for a trial date, and the remand of the defendant in a Correctional Centre pending trial.
However, defence counsel, I. Abilo, informed the Court that he had filed an application for the bail of the defendant, and urged the Court to grant his application on liberal terms.
Justice Ityonyiman granted bail to the defendant in the sum of N300, 000 (Three Hundred Thousand Naira), with one surety in like sum.
He adjourned the matter until May 5, 2021 for hearing.