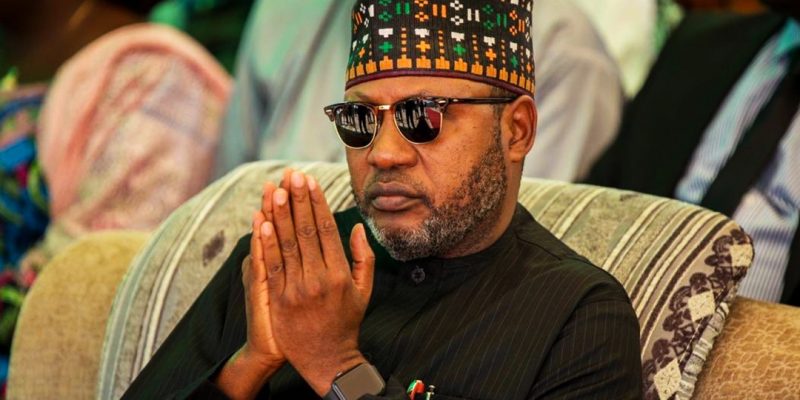 The Minister of Environment, Barrister Hasan Abdullahi, has asserted that case management of Malaria has proven to be less effective in the control of the hyper endemic disease.

Abdullahi made this known at a briefing as part of activities in commemoration of this year’s edition of the WHO’s World Malaria Day, in Abuja on Monday.

The Minister noted that although control of the adult mosquito bite through the use of Insecticide-Treated (Mosquito) Nets is posting some gains, attaining the desired impact is not near and is unfortunately not too reliable, a strategy.

He however, reiterated the determination of the President Muhammadu Buhari-led administration to further reduce the malaria scourge to the barest minimum through deliberate targeted interventions in policy implementation.

He said, “According to the World Health Organisation (WHO), Nigeria has the world’s highest malaria burden with an annual reported cases 51 million and 207, 000 deaths representing nearly 30 percent of the total malaria in Africa.

“It is also estimated that nearly 173 million Nigerians are at risk of being infected.

“This alarming situation brings along with it the economic consequences-absence from work by infected adults, absence from school on the part of infected school children are basic and prominent aspects of concern owing to the high rate of man-hour loss arising from this.

“Similarly, it is estimated that Nigerians lose money running into hundreds of Billion Naira wherein if every infected person treats just a bout of Malaria infection with an average of two thousand Naira twice every year.”

The minister further said, “Several efforts are being made internationally, nationally and locally to combat the Malaria scourge.

“Only recently, the President and Commander-in-Chief of the Federal Republic of Nigeria, His Excellency, Muhammadu Buhari inaugurated the Nigeria End Malaria Council (NEMC) where he mandated it to ensure successful implementation of the Council’s programme that should translate into N2 trillion savings from the estimated economic burden of the disease by 2030.

“The Federal Ministry of Environment is solidly behind the President in achieving the onerous target set for the NEMC which is quite achievable with the right implementation of strategies utilizing collaboration and partnership.”

Also speaking at the event, the National Coordinator, Malaria Elimination Programme, Dr. Perpetual Uhomoibhi, who represented the Minister of Health, explained that the Ministry was working with development partners and other relevant stakeholders on workable strategies towards curbing the menace.

She explained that already, the Ministry through its agencies was providing treatments to children under five in 21 out of the 36 states of the federation.

Uhomoibhi also said Nigeria was in line for the WHO approved Malaria vaccine as soon as it becomes available.