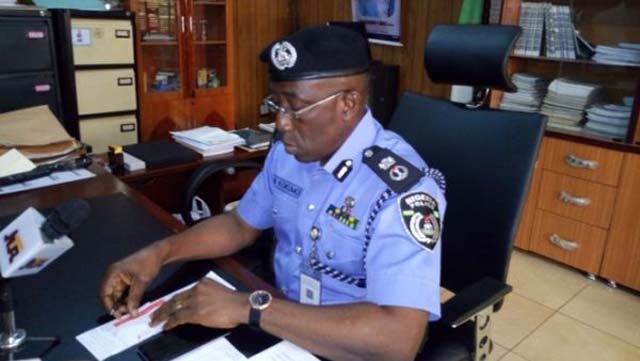 The Inspector-General of Police, Mr .Usman Baba, said the ban placed on the issuance of permits for tinted glass was not directed at factory-fitted cars.

Mr Baba, who made the clarification on Monday during a brief virtual media chat with some select journalists, noted that the decision was taken to stop the abuses associated with the use of tinted glass and SPY number plates.

He also spoke on his vision and mission for the Nigerian Police Force, saying he would work hard towards ensuring the entrenchment of a culture that rewards good deeds and punishes bad ones.

He said he has since reeled out his vision for the Force and how he hoped to achieve the target as he emphasised collaboration other security architecture and the traditional institutions including the monarchs and community-based groups.

He also spoke on attack on police formations by criminals, especially in the South-East part of the country, saying concerted and intelligence-driven efforts of his team had drastically reduced such criminal activities.

The police boss said he acknowledged the complaint that his men were taking advantage of the directive on the tinted glass permits to harass innocent car owners with factory-fitted tinted glass. He said efforts were ongoing to address the perceived excesses.

He said:“Yes, we understand that there are usually issues with policies and their implementation. The directive on tinted glass is not about the factory-fitted ones but those that are artificially made to cover the whole screens.

“If you look at the factory-fitted tinted glass you can still see through them and if there is any need for the driver to open the doors the security officers would know. But those that are not factory-fitted are completely covered so that no one knows who or what they carry. Those are the ones the ban is targeted at.”

The IGP had earlier in June announced the immediate suspension of tinted glass permits and issuance of SPY number plates in the country.

According to him, some mischievous persons have capitalised on the license to commit heinous crimes.

“Unfortunately, several individuals have of late turned the use of SPY number plates and tinted glass into a status symbol and have fraudulently obtained such. There have also been reports that some criminal elements are also utilising them as cover for their nefarious activities.

“Accordingly, henceforth, the issuance of SPY number plates and tinted glass permits are hereby suspended. The existing authorisations are being reviewed and a protocol to regulate the issuance of such permits will be evolved.”

He also announced that an enforcement mechanism “that will enforce the standardised process of issuance of SPY number plates and tinted glass will be implemented across the country.”

Mr. Baba added that the police would collaborate with the management of the Federal Road Safety Corps (FRSC) to firm up an arrangement aimed at observing all necessary regulations before such permits are issued.

Speaking on the incessant attack on police formations by those he described as criminals, the Inspector-General of Police said the Nigerian Police Force was on top of the situation, and that the sharp reduction in such crime was a product of collaborative security operations across the country.

“When last did you hear of such attacks on our formations? It is part of what we did and I can assure you that we are working hard to defeat insecurity in the country.

“But on the question concerning our strategy, you know quite well that I would not divulge such here,” the IGP said.

Baba said Nigeria is working on a central database for criminals across the country and that efforts are in top gear towards acquiring more tools for his men to work with adding that he planned to run an open door policy so that issues of misinformation and fake news would be addressed headlong.

He said; “Your criticisms will make us stronger but let them be constructive. Essence of this meeting is to emphasise our open door policy and I can assure you that we will work hard with the little resources at our disposal to run intelligence-driven operations in Nigeria through collaboration with other security agencies and stakeholders.”