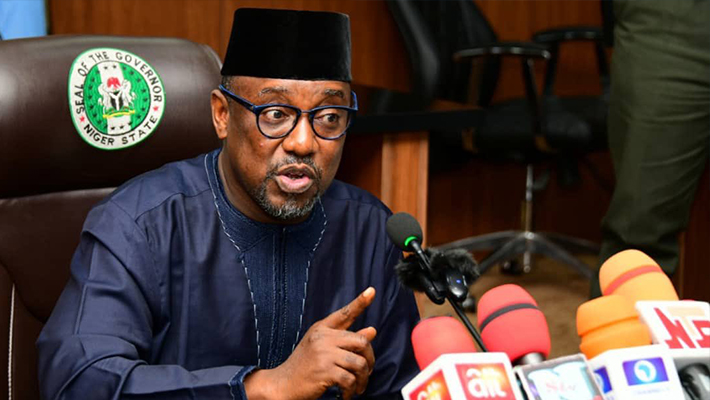 Gov. Abubakar Bello of Niger State has made a clarion call on the federal government to  take urgent steps in dislodging Boko haram insurgents from the state otherwise, “with the way things are going, not even Abuja is safe.”

Governor Bello spoke to newsmen when he visited the Internally Displaced Persons (IDPs) camp at IBB Primary School in Minna on Monday.

Bello revealed that the insurgents had taken over the Kaure axis in Shiroro Local Government Area in the state. They are also in Munya LGA and are occupying no fewer than 50 communities in five LGAs.

He lamented, “The implication of that is that the territory now belongs to them.

“We have been saying this and no action has been taken, the Boko Haram elements are trying to see this place as their home, just like they did in Sambisa.

“Kauri is less than two hours drive to Abuja, nobody is safe not even Abuja,” he said.

According to the governor, he had engaged the Federal Government several times, but no action was taken to address the insecurity challenges bedeviling the state.

He expressed optimism that the resurgence of banditry would lead to coordinated military action “to confront the severe and very serious situation.”

The Governor directed the IDPs who abandoned their communities out of fear to return to their homes, while those who were attacked should remain in the camp.

One of the IDPs, Mr Bulus Yusuf, from Kuchi in Munya LGA, pointed out that communities around Kuchi have witnessed several attacks and abduction of their women, with the whereabouts of many still unknown.

“These bandits attack us, take away all our belongings including our women. Some of our women were raped, and abducted and we had to pay ransoms amounting to millions for their release,” he said.

He called on the Federal and state governments to deploy a strong military presence to the area to dislodge the insurgents so that they could return home.

Another victim, Mary Dauda, also said the bandits had invaded their community on several occasions.

“At first, when they came, we thought they will not come back, but the attacks became a daily affair which forced us to run for our lives,” she told the governor.