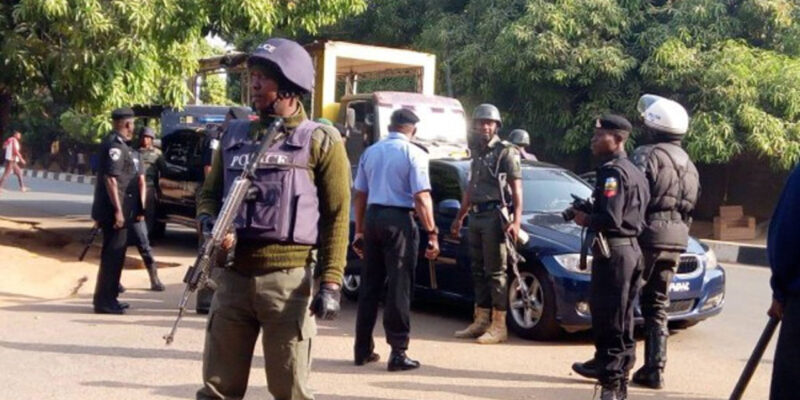 At least, 30 pregnant women were arrested when men of the Nnewi Vigilante Services, led by their commander, Maduka Atuenyi, stormed the hideout of a baby trafficking syndicate at Uruagu-Nnewi, in Nnewi North Local Government Area of Anambra State.

Also arrested was the Medical Director of Beniz Hospital and Maternity, Nnewi, Chima Iwuoha; as well as a former Woman Leader of the Young Progressives Party (YPP), Uruagu Ward, Perpetual Ukaegbu, who allegedly was their lady boss.

Chief Security Officer of Nnewi community, Maduka Atuenyi, who also doubles as President-General of Nzuko-Ora Nnewi, gave the hint while fielding questions from newsmen on Thursday in Nnewi.

Police Public Relations Officer in Anambra, DSP Ikenga Tochukwu, confirmed the arrest and said the suspects were handed over to the State Criminal Investigation and Intelligence Department in Awka for a more discreet investigation into their activities.

Atuenyi said that the child stealing syndicate was notorious, and that the vigilante group in the area had been trailing them based on  information, until luck ran out on  them.

“Just yesterday, we got report that a 22-year-old pregnant lady was dragged by this syndicate from Ebonyi State to Nnewi, and that she was kept in the flat of their lady boss .

“So, some days ago, their doctor accomplice gave her injection and she slept off. When she slept, she was operated upon, and the baby was removed and sold off. When she woke up and asked about the baby, she was told that the baby died when it was being delivered.

“When we got that information, we stormed the area and made some arrests. We were able to get a lady, who said she was their lab technician. We got some pregnant women; arrested a medical doctor and a nurse.

“We also succeeded in getting their lady boss, one Perpetual Ukaegbu, who told us that one of their accomplices called Nneka, ran away with most of the babies when our men stormed their hideout. Also, through intelligence information, we stormed one of their hideouts inside a bush at Umudike village, Ukpor, Nnewi South LGA.

Before we could know it, some of their agents picked the children in their custody and ran away through their secret exit points; but we were able to recover some children that were malnourished. The boss  said she was willing to assist us get their fleeing colleague, Nkiru, who had refused to pick her calls,” he stated.

According to him, “We have pushed the syndicate and the children we recovered so far to the Commissioner of Police in Awka, so that they will help us in the investigation.”

The vigilante chief also begged the police commissioner to ensure that his life and those of his men were protected, as, according to him, “So many powerful men are involved in this matter. They’ve been calling me, offering me money; but I had refused. They are already threatening me.

“So, I beg the law enforcement agencies to protect me. The innocent children being trafficked are crying for help. Somebody has to be a voice for them. I am here to be their voice.”