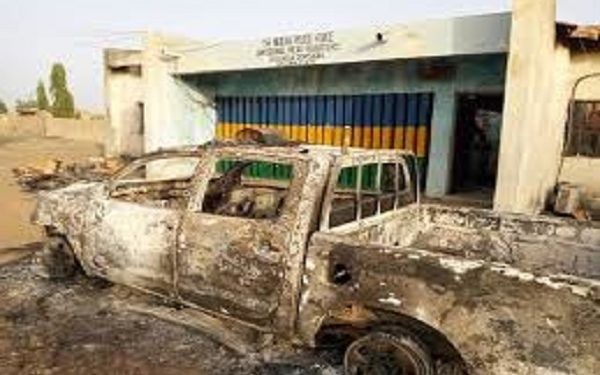 The increasing spate of unwarranted attacks on security agents in various parts of Nigeria in contemporary times seriously calls for concern.

In the last one month alone,  no fewer than 50 personnel of the Nigeria Army, Nigeria Police Force, Nigerian Customs Service, Nigerian Security and Civil Defence Corps etc have met their untimely deaths in the hands of those Governor Nyesom Wike of Rivers State has described as “sporadic and cowardly attackers.”

On April 25, 2021 no fewer than eight security personnel among whom were Customs, Army and Police were killed by gunmen at Omagwa in Ikwere Local Government Area of Rivers State.

Barely two weeks precisely 8th of May another set of police men about seven in number were brutally murdered in the same Rivers State during which the attackers hit a police station, but not without losing two of their own.

Reacting to the incident, Governor Wike in a state wide broadcast on Monday 10th May noted that the attackers had disguised themselves as security officers and gained unhindered access from Oyigbo to launch the attack.

Though the identities of the vicious gunmen desperately attacking security agents in the State are not yet known, Wike sees some of them as “baseless and doomed secessionist agitators.”

In Anambra State, in early April 2021 no fewer than three police men on the entourage of former Central Bank of Nigeria Governor, Prof. Charles Soludo were killed by gunmen during a town hall meeting with youths in Soludo’s home town.

Towards the end of March this year, unknown gunmen had ferociously attacked the Headquarters of Imo State Police Command and Nigerian Correctional Service Center, both in Owerri during which over 1800 inmates were set free.

A few days later some security agents on guard duties at the country home of Imo State Governor Hope Uzodimma were decimated by gunmen who went on a mission to set the property ablaze.

Elsewhere, in the northern part of the country, the story is the same.  Apart of terrorist elements attacking soldiers, faceless gunmen have taken on soldiers, police and others in recent time.  In Benue State over a dozen soldiers were killed a few weeks ago which in turn attracted the wrath of other soldiers who in anger went on retaliatory mission wrongly against innocent citizens.

Prior to the ENDSARS protest of last November across some cities of the federation, incidents of unprovoked attacks on security agents were not common place. Attacks on police and military formations by gunmen were not a regular occurrence but the ENDSARS protest seemed to have given birth of regime of attacks particularly on the police who lost many stations and personnel in Lagos .

With the recent increase in the indiscriminate attacks on security agents, who by law are the designated protective agents of the state, Nigeria is certainly on the valley of lawlessness and enthronement of a state of anomie.

Our security agents may have their short comings especially the overzealousness and mindlessness of those called to do the bidding of politicians and other personalities with access to state power.  Much of the hatred members of the public have for the police in particular stemmed from the arbitrary use of the police against the masses by those in corridors of power.

A good number of those in political class are often caught in the ignoble act of using the police men attached to them for guard duties to oppress others.  About two years ago, a police officer attached to Delta State Governor had gone out of his way intimidate and subsequently brutalise some low class artisans who merely told the police officer’s relation or so to re-park his vehicle.

It is regrettable that the poor attitude of some security agents particularly the police has been the cause of breakdown in the relationship of the security agencies and the populace.

However, much as many members of the Nigerian public may be aggrieved over security agents’ brutality at one time or the other,  the situation certainly does not call for unprovoked attacks on security personnel who are lawfully performing their roles.

A situation where masquerading gunmen are going after security agents portends so much danger as Nigeria will soon degenerate into anarchy where everyone is to himself and God for us all.

We all have a duty to ensure that no one takes the law into his hand by indiscriminately resorting to attack security agents in  . We are still a nation of Rule of Law in spite of the  dictatorial tendencies that occasionally manifest in our nation’s leadership.