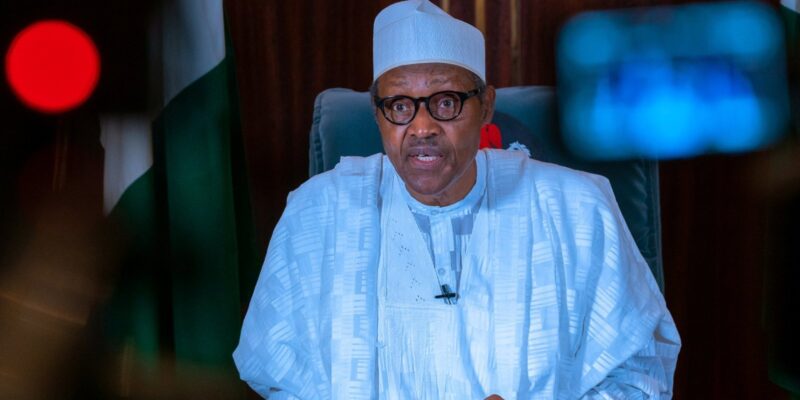 The request by Academic Staff Union of Universities (ASUU), to be paid six months salaries of the strike period and this is stalling the negotiations between the Federal Government and the lecturers.

Minister of Education, Mallam Adamu Adamu, stated this on Thursday while appearing on the weekly Ministerial Briefing organised by the Presidential Communication Team, at the Presidential Villa, Abuja.

Adamu explained that strike by the university-based unions came despite the trillions of naira expended on education by the present administration directly as well as by agencies such as TEFFUND and UBEC.

He explained that “all contentious issues between the government and ASUU had been settled except the quest for members’ salaries for the period of strike be paid, a demand that Buhari has flatly rejected.

“On the contrary, Unions in Tertiary Institutions in the country especially the Academic Staff union of Universities (ASUU) have been engaged in recurring and avoidable strikes that have crippled the university system.

“This is in spite of the huge investments of over N2.5 trillion in tertiary institutions in the last ten years from TETFUND alone. Common knowledge as it were, many Nigerians may not know that the federal government is paying the salaries of every staff in its tertiary institutions, academic and non-academic staff, while these institutions are also in full control of their Internally Generated Revenues (IGR).

“Just recently, we inaugurated a committee to renegotiate the 2009 agreement with the Academic Staff Union of Universities and related

unions in tertiary institutions. We are doing everything humanly possible to conclude on the negotiations.

“It is our hope that the outcome of the re-negotiations will bring lasting industrial peace to our campuses. In the main time, I am sure that the current efforts would yield the desired results and return our children back to school.

The Minister however, revealed that other striking tertiary institutions-based unions currently on strike will be going back to work within the next one week.

He disclosed that the discussions with the ASUU had also gone far but noted that there is a hitch in the discussions as the university lecturers are insisting on being paid the salaries for the six months, a demand the federal government is not willing to accept.

Adamu further claimed that the University Transparency and Accountability Solution (UTAS) payment system proposed by ASUU has outscored the Integrated Payroll and Personnel Information System (IPPIS) already in use by government and which the lecturers are kicking against.

He also said IPPIS has been updated to now accommodate payment of those on sabbatical.

“Just one thing that I was reminded even the current IPPIS has been made to accommodate sabbatical. I didn’t know this. Somebody just told me”, he said.

The lecturers had accused government of not considering the peculiarities of tertiary institutions in the IPPIS.

The Minister also said that it is the responsibility of ASUU to compensate students for the time wasted from the six-month strike, not the Federal Government.

Adamu suggested that the affected students should “take ASUU to court” to claim for damages incurred over strike period.

According to him, the federal government bears no liability to compensate millions of students grounded for six months over lost time, saying that if the students are determined to get compensated, they should take ASUU to court.

The Minister also said that the Buhari’s administration has expended a total of N6,003,947,848,237 in capital and recurrent expenditure in the education sector in the last seven years.

He said this was in addition to interventions from TETFund and UBEC amounting to N2.5 trillion and N553,134,967,498 respectively in capital investment.

“The government of President Muhammadu Buhari has expended a total of N6,003,947,848,237 in capital and recurrent expenditure in the education sector in the last seven years.

“This is in addition to interventions from TETFund and UBEC amounting to (N2.5Trillion) and (N553,134,967,498) respectively in capital investment. We must also note and appreciate the huge investments from States and the private sector at all levels of our educational system.

“We will continue to improve on the implementation of the Ministerial Strategic Plan, (MSP) all through to 2023 for the overall development of the education sector and the Nigerian Nation. We will continue to create the necessary enabling environment to attract more and more private sector investment. We shall hand over a better education sector than we met it”, he said.

According to him, despite efforts to raise the integrity of the examination system in schools nationwide, the ministry still grapples with malpractice perpetrated both at the exams councils and school levels.

He lauded the Joint Admissions Matriculation Board for its efforts at stemming malpractice, saying more works need to be done.

On efforts of the administration to expand education and learning in the country, the Minister gave figures and facts about milestones covered in the last few years.

“Polytechnics and Allied Institutions – As at 2014, Nigeria had 24 Federal Polytechnics. The Buhari administration has established 12 more, bringing

“The National Commission for Colleges of Education (NCCE) has written their proprietors to shut down within a specific time frame, after which the appropriate measures will be applied.

“I want to use this opportunity to thank all Nigerians, especially those that contributed to our efforts to see to the resolution of the present strike”, he said.