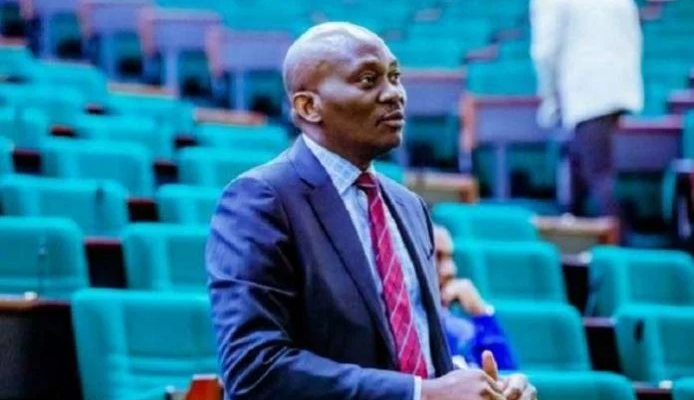 Security agencies have been called upon to track and bring to justice, those involved in the assassination attempt of the Governor of Benue State.

The leader of the The Minority Caucus of the House of Representatives  Ndudi Godwin Elumelu, in a statement on Monday, said the caucus, “is alarmed by the brazen assassination attempt on the Governor of Benue State, Dr Sameul Ortom”, describing it “ as another daring attempt by the criminal elements to destabilize the state”.

The legislators insisted “on the full-scale investigation into the unfortunate incidence with a view to bringing the assailants and their masterminds, no matter how highly placed to justice”.

“Moreover, our caucus is distressed by the disposition of certain state actors, whose actions, utterances and body language appear to embolden acts terrorism to the extent that criminal elements can summon the audacity to trail and attempt to assassinate a state governor.

“Furthermore, the attack on Governor Ortom has again brought to the fore, apprehensions of alleged lapses in our security architecture, particularly given that the attack came on the heels of his continuous distress call to the Federal Government to take decisive steps to guarantee the security of life and property in his state.

“As representatives of the people, our caucus charges the Inspector General of Police to widen investigation into the attack, fish out and bring the attackers to book, as our nation cannot, in any way, stomach such affront to our sovereignty”.

The minority caucus, however, commended “the security personnel attached to Governor Ortom for their gallantry in repelling the attackers, while also charging the Inspector General to beef up security and intelligence gathering around the governor at this critical time”.

They reiterated their support for “Governor Ortom and the people of Benue state and charge the governor not to be deterred by the attack but to remain courageous in discharging his duties to his people”.

Meanwhile, President Muhammadu Buhari has condemned the attack on Gov. Samuel Ortom of Benue, saying the brutal attacks on individuals and communities in the state, with the latest one targeting the governor, was unacceptable.

The president made the condemnation in a statement by his Senior Special Assistant on Media and Publicity, Malam Garba Shehu, in Abuja on Sunday.

Buhari welcomed the dispatch of a high level team of crack investigators to the state from the Police headquarters in Abuja, urging the officers to uncover who, or whatsoever, was behind the attacks and bring them to justice.

He also expressed his sympathies, and that of the government of the federation to Ortom and Benue indigenes.

Buhari, however, maintained that the unfortunate incident must not be politicized, reiterating that ”an attack on one Nigerian is an attack on all Nigerians.”

The president directed the Police to undertake a thorough investigation into the incident involving the governor and into all such incidents affecting individuals and communities in the state.

“Let there be open and transparent investigation and whoever is linked to it should be caught and be made to face the law,” he further directed.