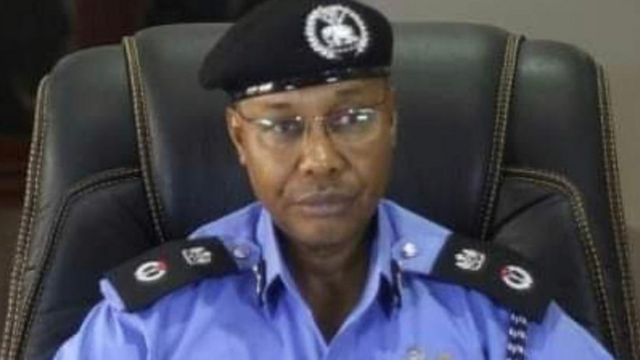 The  Rule of Law and Accountability Advocacy Centre, RULAAC, has described the appointment of Deputy Inspector-General of Police, Usman Alkali Baba, as   illegal as it did not follow due process.

The centre accused President Muhammadu Buhari of acting contrary to both the 1999 Constitution and the new Police Act 2020 which he signed into law, last year.

Executive Director, RULAAC, Mr Okechukwu Nwanguma, stated emphatically that the law did not empower the President to singlehandedly appoint or remove an IGP.

According to Nwagunma, “The procedure requires that the Police Council, comprising the President, the governor of each of the states of the federation and the Federal Capital Territory, the chairman of the Police Service Commission and the sitting Inspector General of Police, would meet to consider the candidates and advice the President, who will then appoint one of them based on the advice of the Council. The President also needs to consult the Police Council to remove a sitting IGP.

“The law does not empower the President to singlehandedly appoint or remove. There is no contemplation of an acting IGP whose appointment will be confirmed by the Council of State. The council of state has no role in the appointment process.

“President Buhari is currently out of the country on medical tourism. When then did the police Council seat? The person appointed is not the most qualified among the potential candidates. The choice would probably have been different had the Council sat. The Minister of Police affairs who announced the purported appointment is not even a member of the Police Council.

“President Buhari does not appear to be willing to break his streak of illegalities, from the illegal extension of the tenure of a retired IGP to the abrupt removal of the IGP before the expiration of his illegal period of extension to the appointment of an acting IGP without recourse to the constitutional and statutory procedure.

“The purportedly appointed acting IGP surfers irredeemable legitimacy deficit. He cannot command authority and respect because his appointment is illegal. It cannot stand. The President must begin to lead by example. He must put an end to the subversion of the law. Democracy is protected by the rule of law,” it argued.