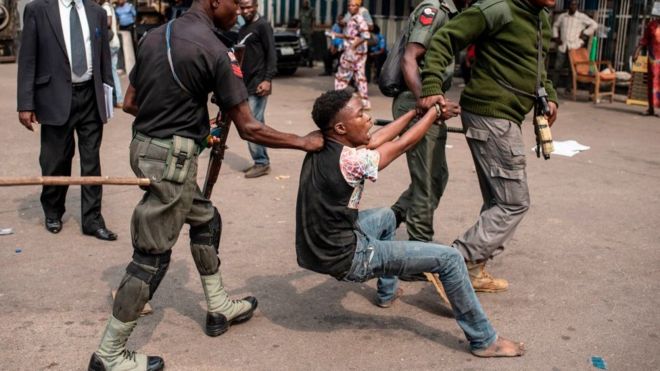 The Anti-Torture Act 2017 which prohibits the torture of suspects by security agencies in Nigeria has been described as  window dressing.

Access to Justice, a non-governmental organisation that focuses on judicial reforms, which gave the description said no real effort has been made, in practice, to abolish the use of torture by the Nigerian government.

The NGO on Monday said in a statement signed by Joseph Otteh, its convener, and Deji Ajare, project director, to commemorate the International Day in Support of Victims of Torture.

It therefore called on Abubakar Malami, the attorney-general of the federation, to as matter of urgency make the “rules and regulations for the effective implementation of the Anti-Torture Act 2017”.

Access to Justice regretted that despite the fact that the Anti-Torture Act 2017 prohibits the torture of suspects, security agencies in Nigeria still engage in “brutal and inhumane tactics”.

It noted that since the enactment of the act, no one has been prosecuted for perpetrating acts of torture.

“Unfortunately, the Anti Torture Act has been mostly a window dressing, and no real effort has been made, in practice, to abolish the use of torture by the Nigerian government,” the statement reads.

“Nigerian security forces continue to kill arbitrarily and torture persons they arrest within the context of counter-insurgency operations.

“While noting an overall decrease in the incidence of torture by law enforcement agencies, systematized patterns of torture are still prevalent.

“Access to Justice urges the Hon. Attorney General of the Federation (AGF), as a matter of urgency, to make the relevant Rules and Regulations for the effective implementation of the Anti-Torture Act 2017.

“Access to Justice urges the AGF to immediately collate records of proceedings of the various EndSARS Panels of Inquiry and, from those records, commence prosecution of law enforcement or security agency officials – whether serving or not –found to have tortured their victims, in order to send a strong message of “intent” to Nigerians.”