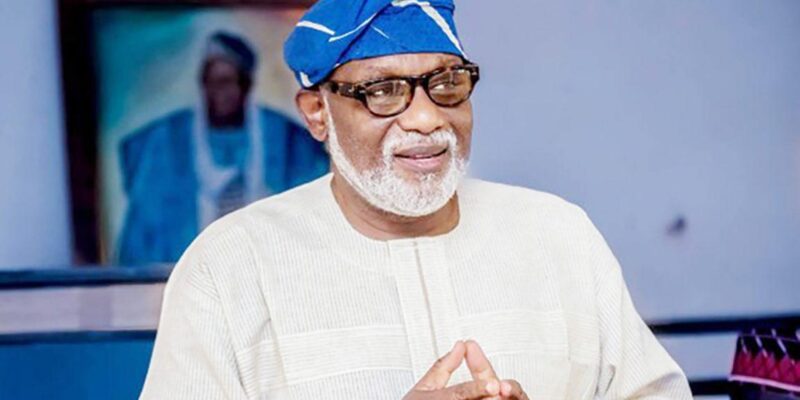 … Says cattle grazing routes not reflection of the times

The State Security Network codenamed Amotekun Corps will eventually transform into a State Police overtime and questioned the workability of a return to open grazing, practised during the First Republic as directed by President Muhammad Buhari.

Governor Oluwarotimi Akeredolu of Ondo State over the weekend, stated this while speaking at the 2021 Democracy Day lecture held in Akure, the state capital.

Akeredolu, who insisted that he does not believe in secession however, pointed out that  every federating unit in the country should have its own police for effective security.

The governor noted that there was no serious attempt to redesign the nation’s security architecture to respond to the demands of a nascent country at the time of independence.

At the event held at the International Event Centre (DOME), Akeredolu said, “Let every state determine the number of local governments it wishes to have for effective administration. The civil service must respond to the current realities for relevance.

“Let the extent of wealth creation form the basis of establishing local administrations. It does not make any economic sense to create as many local governments as the politics of revenue sharing will permit.

“Governors must be Chief Executive Officers answerable only to the people indeed. The law must empower them to harness the resources in their respective States for the benefit of those who voted for them. They must not be subjected to any external control as equal partners in a federation unless when it is necessary.

“They must be able the people for socio-economic activities with minimal interference from the government at the centre. This will enhance their ability to protect their people from rampaging marauders and other criminals who wreck their peace in perpetuity.

“The message which produced June 12, 1993, was ‘Farewell to Poverty’. Our people looked forward to a better Nigeria where every citizen would be proud. The hope was dashed. We have been trying to rekindle the light of realistic expectations since 1999. The political journey proceeds in fits and starts. The ride has been bumpy, creating doubts and suspicion on the genuineness of intentions.

“The problems are, however, surmountable if all are sincere in finding lasting solutions to the existential issues confronting us. That should the lesson derivable from the June 12 annulment and the symbolic revalidation.”

On a possible return to open grazing as suggested by the President while fielding questions from Arise TV journalists on Thursday, Mr Akeredolu, said things had changed and creating cattle routes could dislocate already established developments.

The implication of the president’s directive is that herdsmen would use designated grazing routes to move their cattle to several parts of the country.

Akeredolu, who did not mention the president during his speech, said cattle grazing routes do not reflect the demands of a 21st-century development in cities and states.

“Where we are now, the Dome, something was here before, so now are we going to bring it back and reinstate what was here before?” Mr Akeredolu asked rhetorically.

“Or where the Deji of Akure’s Palace is now, you say that it is a grazing route and we have to remove the palace for grazing route? We can’t do that now.

“Things are changing and there has to be a paradigm shift.

“Ethiopia has about 200 million cattle and you won’t see them on the streets. They are located in the hinterlands designated for grazing.”

Mr Akeredolu also reiterated his call for restructuring where states would be able to harness their mineral resources and develop at their own pace.

The governor has sent a bill to the Ondo State House of Assembly seeking to create a livestock agency that manages the acquisition of lands for grazing in all the 18 local government areas.

The bill would also outlaw open grazing and underaged herders in the state.