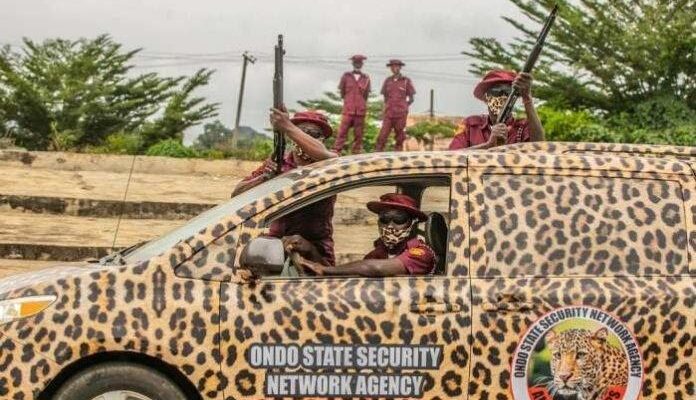 Over 100 cows have been impounded by men of the Ondo State Security Agency otherwise known as Operation Amotekun.

The cows were impounded along Ilesa-Akure express road.

The action was in compliance with the Ondo State government directives that the streets and forests be rid of unregistered herdsmen.

It was gathered that the cows were apprehended with nine herders for allegedly violating grazing rules on the highway.

The state Commander of Amotekun, Mr Adetunji Adeleye who confirmed the impoundment, said the cows were intercepted and impounded at the boundary of Osun and Ondo States.

According to him, the cows were controlled to the headquarters of the security agency which is about 30 kilometres from the point they were intercepted.

He added that the cows were blocking the major road leading to the state capital, stressing that “apart from the possibility of illegal grazing in most cases, it is the ploy that kidnappers use”.

He said his men acted on tipoff as they were alerted by a driver.

Adeleye said “We should take note that our men are in all the 18 Local Government Areas and we are on 24 hours patrol. We arrived at the scene promptly after we were called.

”The culprits who sited us on arrival ran away and controlled the cows to follow them, but we were able to control them back,” he added.