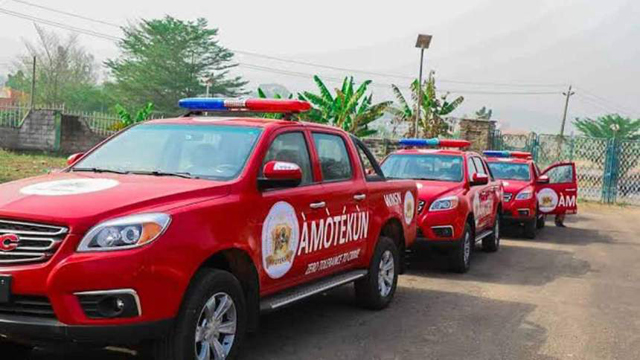 Chairman of Council of Amotekun Commanders in the South-west region, Chief Adetunji Adeyeye, has called for capital punishment without option of fine to be meted out to kidnappers.

Adeyeye, who spoke in Akure, said such punishmet will go a long way in curbing the criminal act in Nigeria.

He further revealed that operatives of the Amotekun corps will soon engage in inter-state border patrol in the South-west to ensure synergy in crime fighting.

Adeyeye, who is the Corps Commander of Ondo Amotekun, said the synergy expected among the South-west states would be enhanced so that a criminal that escaped from Ondo to Ekiti State could be easily apprehended.

Adeyeye, who spoke in Akure, said the destruction of farmlands by herders in Ondo State has greatly reduced owing to enforcement of the ban on open grazing, adding that herders now offer money to farmers whose crops were destroyed unlike previously when they would walk away.

“Being Chairman of the Council of Amotekun Commanders is a greater call to service. The Commanders of the various states in the Southwest region met to deliberate on the way forward and they picked me as the Chairman.

“A fallout of the meeting is that we agreed on inter border patrol of major highway and all the routes in our various states. We intend to reduce armed robbery and kidnappings on highway.

“We noticed kidnappings take place on bad spots on the road where motorists are expected to slow down.

“We are to enforce the ban on open grazing. We apprehend herders on a daily basis. There is reduction in the destruction of farmlands by herders in Ondo State.

“The awareness is open now that no herder can destroy people’s farm and go scot free. As a Nigerian, you can do your business but do not destroy the other person’s business. Once an herder destroys a farmland he is treated as a criminal.

“There has been no glaring case of herders destroying farmlands in Ondo. The last one we heard, before we got there the herder has pleaded and paid the farmer. It was the farmer that told us he has already be paid.”