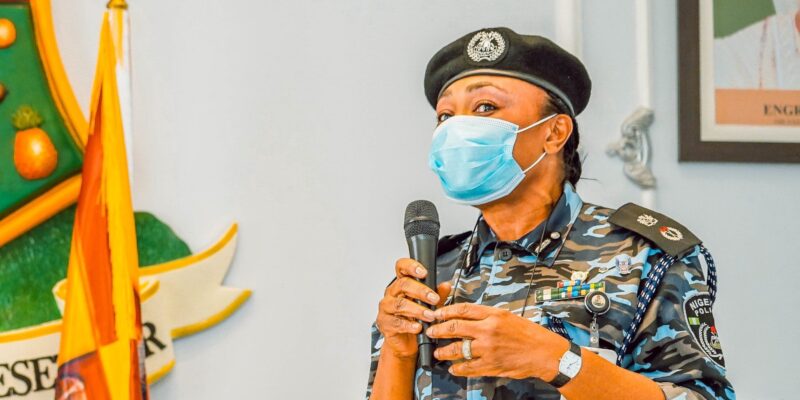 Five alleged armed robbery trans-border car snatchers, six ritualists and 45 others have been arrested for offences ranging from murder to arson and defilement by Oyo State Police Command.

Oyo State Police  Commissioner,  Ngozi Onadeko, made the disclosure on Thursday while briefing newsmen on the achievements of the command at its headquarters in Eleyele, Ibadan.

According to the Police boss, the suspects confessed to have moved robbed cars across Nigeria’s border to Burkina Faso, where they were sold to unsuspecting buyers.

The car snatchers had received and moved no fewer than seven robbed cars to the said neighboring country.

“On 29th March, 2021 at about 2130hrs, one Mr Adegbite Oluwasegun was attacked at Arulogun Area, Ojoo, Ibadan and dispossessed of his Toyota Corolla car with Reg. No. Lagos KTU 453 GE and some other valuable items  at gun point by some members of alleged notorious trans-border armed robbers.

“Sequel to the receipt of this information at the Monitoring Unit Office, Ibadan, a team of police operatives attached to the unit led by CSP Olusola Aremu swung into action.

“In the process of their discreet investigation, two members of the dreaded trans-border armed robbery syndicate were arrested.

“The Toyota Corolla car belonging to the victim was equally recovered from the suspects.

“The confessional statements of the armed robbers later led to the arrest of their criminal receivers,” Onadeko said.

The commissioner said the suspects, upon interrogation, confessed to the crime and that they were members of armed robbery gang terrorising Ikolaba, Arogun and other areas in Ibadan metropolis.

Furthermore, the police paraded suspected money ritualists in possession of human parts such as heart, flesh and dried bones.

The suspects were said to have approached one Alfa,  now at large, that assisted them in getting the human parts at the rate of N10,000.

Onadeko said the incident happened on March 18 at Saki town, Oyo State. She said that men of Federal Highway Patrol team, who were on Stop and Search duty at Forest area along Igbeti/Igboho road on March 19, apprehended the suspects and found them in possession of the human parts.

Onadeko said that investigation was still in progress and the suspects would be charged to court after it was concluded.