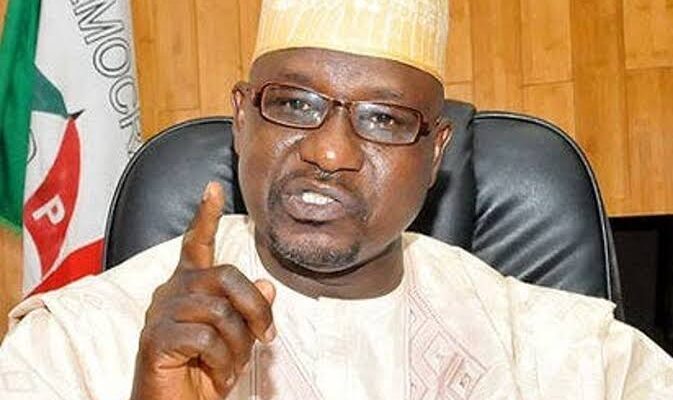 The emerging dimensions relating to the killing of Alhaji Ahmed Gulak, former political adviser to Ex-President Goodluck Jonathan, on 30th May, 2021 in Owerri, Imo State by unknown gunmen are issues that should be of great concern to Nigeria’s security agencies for several reasons.

Watching the video tape trending in the social media wherein a former governorship candidate of the Reformed Advancement Party (RAP) in Imo State in 2019 election Mr. Okere Kingdom accused Supreme Court for relying on fake primary election result in its judgement to cede the governorship to Hope Uzodimma reveals much about the man Gulak.  He was said to have doctored the APC primary election result upon acceptance of some pecuniary conditions between him and Uzodimma and the same result was what the Supreme Court relied upon in the delivery of its judgement.

The video which from all indications was recorded on the day the Supreme Court gave the judgement in favour of Uzodimma showed a strong statement of indictment on the apex court which ruling on that particular matter was “a judicial murder” that would hunt those  justices who made it for a long time to come.

In a saner clime, one would have expected the Supreme Court to cleanse itself of that murderous coloration on the Uzodimma issue, yet the matter has festered for too long. It was a known fact that the APC 2018 governorship primaries in Imo State, had issue which factionalized the party such that the result of  Ahmed Gulak-led faction of electoral committee that conducted Imo State APC was regarded as fake by the party in the state because some other aspirants had their own election conducted by another chairman which was recognised the party.  Yet, Gulak and some of the aspirants including Uzodimma contended that the result was authentic and went ahead to get injunction restraining the party from conducting another primaries.

Interestingly, it was the so called Gulak committee’s result that the Supreme Court relied on, in its judgement which from all appearances as alleged by Mr. Okere Kingdom in his video was a judicial farce that turned democratic principles on their head.

Another emerging story in the social media, whether fake or not, is the allegation that Gulak had a ten billion naira deal with Uzodimma for helping him to secure the governorship through the Supreme Court which relied on the election result submitted by  Gulak.

The report held that Uzodimma had not paid up and Gulak’s journey to Owerri was essentially to get the money.  He was therefore a guest of the Governor, whose one of the Special Assistants secured lodging accommodation for, at Protea Hotel.

The former presidential aide was said to have held a meeting with Governor Uzodimma on Saturday ostensibly over the money issue but that Gulak returned to the hotel in anger later same day as the Governor could not meet the financial demand. Incidentally, as he was on his way to the airport to return to Abuja the next morning, he was hacked to death by some assailants who obviously were on his trail.

With the trending information, police investigators obviously, have some take-off point if before now there was no clue beyond their hasty and infantile conclusion that IPoB members carried out the killing.

If thorough investigation could establish the fact that there was actually a financial deal between Uzodimma and the late Gulak, the police can go further to seek a court order setting aside the governor’s immunity in this particular circumstance and drill him to speak up on what transpired between him and Gulak beginning with the 2018 APC primary election in Imo State.

It is unfortunate that investigations of high profile murder cases in Nigeria never see the light of the day as many interests stand to be protected on the part of those who are complicit in the circumstance. However, the question we would like to ask is, how long shall Nigerians continue to record incidents of killings that would remain unsolved?

We have countless number of such unsolved murders like those of Bola Ige, Aminasoari Dikibo, Dele Giwa, Odunayo Olagboju, Funso Williams and many others. Unraveling the mystery behind  these cases is not beyond the capability of our law enforcement if truly our leaders are sincere.  They have chosen to abandon the cases where their personal interests are not served hence it looks mysterious that police cannot be relied upon on matters bordering on assassination of high networth individuals.

As the situation is getting worse by the day, we at SECURITY REPORTERS.com are hereby call on President Muhammadu Buhari to rejig the nation’s security architecture by allowing a good measure of independence on the security agencies particularly the police to come to terms with issues of unsolved murders.