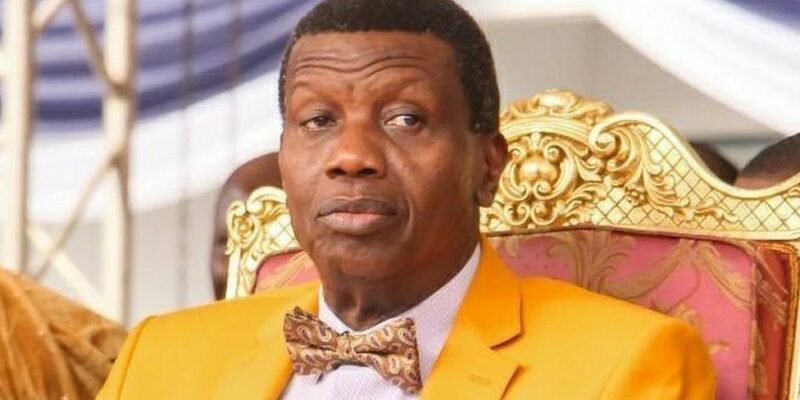 Pastor Enoch Adeboye on Monday,  made it clear that the Redeemed Christian Church of God, RCGG, which he oversees, will continue to use Twitter.

The renowned preacher, however, encrypted his opinion on the Twitter ban by Buhari, by noting that tweeting is in accordance with Article 19 of the United Nations universal declaration of human rights.

He noted that RCCG is domiciled in more than 170 nations and won’t bow to the ban.

“The Redeemed Christian Church of God is domiciled in more than 170 nations and territories. The tweets here are in accordance with Article 19 of the United Nations universal declaration of human rights,” Adeboye stated on Twitter.

Article 19 of the UN Universal Declaration of Human Rights read, “Everyone has the right to freedom of opinion and expression; this right includes freedom to hold opinions without interference and to seek, receive and impart information and ideas through any media and regardless of frontiers.”

The Buhari regime had last Friday suspended Twitter but Adeboye and RCCG had continued to use the platform.

Meanwhile,in what looks like fence mending, the Nigerian Government has given Twitter a condition for its suspension to be lifted in Nigeria.

The condition is that social media platform must ensure it is used ‘responsibly’.

Nigeria’s minister of foreign affairs, Geoffrey Onyeama stated this at a meeting with envoys from UK, US and other countries on Monday.

He didn’t commit to any definite timeline when the ban will be reversed.

“The condition would be responsible use of the social media and that really has to be it.”

“We are not saying that Twitter is threatening the country or any such thing.

“Why we have taken this measure is to stop them to be used as platforms for destabilisation and facilitation of criminality or encouragement of criminalities”.