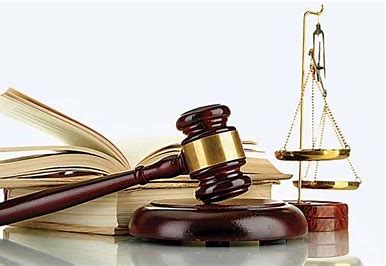 In a petition, Shehu, who himself is also a Fulani nomad, filed through his counsel, Barr. Ummahani Ahmad Amin, alleged that the 4th–12th respondents described perpetrators of such attacks as ‘Fulani herdsmen’ and or ‘Fulani bandits’.

He argued that it is inordinate, unconscionable, discriminatory and a violation of Fulani peoples’ right to enjoy all the civil rights recognized and guaranteed by article 2 of the African Charter on human and people’s rights; article 1 of the International Convention on the Elimination of all Forms of Racial Discrimination and article 2 of the Declaration of Human Rights.

The petition listed the Channels TV, AIT, TVC, the THISDAY, Vanguard, Peoples Gazette, Guardian, African Newspapers (Publishers of Nigerian Tribune) and Vintage Press Limited (Publishers of The Nation) as 4th and 12th defendants in the suit.

He prayed the court to declare that the alleged actions of the defendants has the effect of nullifying and impairing the recognition, enjoyment or exercise, on an equal footing of their human rights and fundamental freedoms in the political, economic, social, cultural or any other field of public life, which is violation of their rights as provided in article 1 mentioned above.

The petition reads apart, “the actions of 4th-12th respondents is suggestive of domination of other Nigerian tribes over the Fulani people and is violation of their rights as enshrined in article 19 of the African Charter on Human and People’s Rights.

“It’s violation of their right to mutual tolerance and respect by his fellow beings without discrimination as enshrined in article 28 of the same Charter.

“It’s also capable of exposing the persons of Fulani extraction to hatred, contempt, ridicule and conveying an imputation of terrorism and banditry on the entire Fulani ethnicity, thereby constituting a violation of their right to protection from unlawful attacks as enshrined in article 17 of the International Covenant on Civil and Political Rights.’’

He sought the court to give its perpetual injunction restraining the 4th-12th defendants, their defendants, privies, agents, successors, howsoever described from further attributing any bandits/terrorists’ attack, past or future to the persons of Fulani ethnicity and describing the perpetrators of such attacks as Fulani herdsmen or Fulani bandits.

He also prayed the court to direct the respondents to pay the sum of N100m as compensation damages in consonance with Section 46 of the Constitution of Federal Republic of Nigeria.