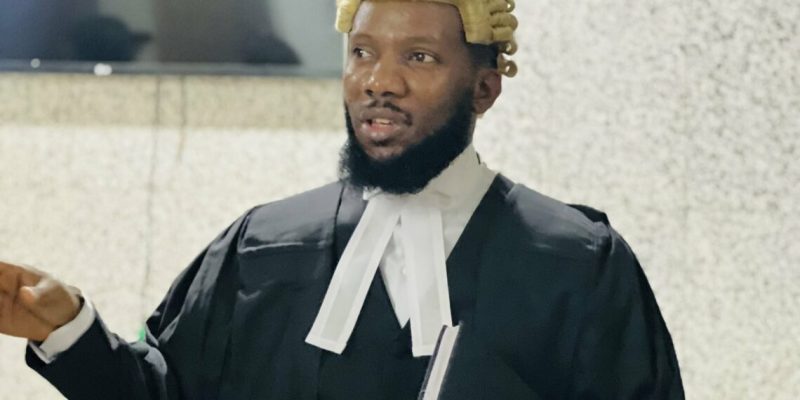 The Nigerian Bar Association (NBA) President, Olumide Akpata, has been called upon to intervene in the continued detention of Barrister Inibehe Effiong, on the orders of the Akwa Ibom State Chief Judge, Justice Ekaette Obot.

Lawyers under the auspices of Lawyers Arise for Justice, in the letter dated August 12, 2022, to the NBA President, alleged that the embattled lawyer, Inibehe Effiong, who the Akwa Ibom State CJ jailed for one month for contempt of court, was on Wednesday August 11, 2022, moved, handcuffed, from Ikot Ekpene Correctional Centre, Akwa Ibom, where he was held, to Uyo Correctional Centre.

In the letter titled ‘Inibehe Effiong: Is The NBA Helpless In The Face Of This Impunity?’ and signed by Tope Temokun, Convener, Lawyers Arise for Justice, they further alleged that Effiong was forced to sit on the bare floor and had his head and beard shaved, among other degradations visited on him.

The lawyers however, maintained that the NBA took a swift step to the applause of all when the matter happened and exhibited enough courage when it stated that the Chief Judge did not follow due process in sending Effiong to prison.

The lawyers noted that the NBA had observed that Barrister Effiong was neither docked, nor given the opportunity of being heard in violation of his constitutional right to fair hearing.

The group stressed: “This is a clear case of when the court would have the powers to review its order on the ground of a fundamental defect in the proceedings and a breach of the Inibehe’s right to fair hearing.

“In a plethora of cases too numerous to cite, the Supreme Court has dispassionately confirmed the position of the law on this, that a court would set aside its own order given in any proceeding in which there is some fundamental defect.

Meanwhile, the former Attorney-General and Commissioner of Justice in Akwa Ibom State, Uwemedimo Nwoko, SAN, said the people calling for the release of the Lagos State-based attorney, Inibehe Effiong, should stop spreading very toxic and infectious ignorance around the Streets. T

Nwoko added “that kind of ignorance those people are spreading, including the NBA is corrosive ignorance and it is condemnable”.

In an interview in Uyo, Nwoko emphasized that people should be aware that only the Court of appeal could uphold or vacate the sentence, stressing that a billion signatures would not be sufficient to vacate the conviction.

He said, “I condemn the purported actions of certain persons who go round making noise about the conviction. If Inibehe is dissatisfied with his conviction the right thing to do, as a Lawyer is to go to appeal and seek redress. You cannot come back to the court that convicted him and ask that court to set aside its decision.

”The State Chief Judge having convicted him, has given the final decision on the matter. That matter is closed before her. It is only the court of appeal that will now take a second look at the matter and either affirm the conviction, or set it aside.

“So those who go round in the Streets, saying they are collecting signatures to demand for Inibehe’s release are acting in absolute ignorance. A million, or one billion signatures cannot set aside the conviction.

“If they like they can live in the social media from morning till night and stay there for ten years, they will not be able to set aside the decision of the court given by a court of competent jurisdiction.

“Let them stop spreading very toxic and infectious ignorance around the Streets. That kind of ignorance those people are spreading, including the NBA is corrosive ignorance and it is condemnable. They should not spread such in the public space”

Nwoko explained that it was not within the power of the protesters to argue in the Streets or in the pages of Newspapers, on television or radio whether the CJ was wrong or right in that conviction.

“And it is very sad that even the Nigerian Bar Association and people who ought to know better are joining in that very uninformed line of argument.

“And I want to condemn in its entirety and without any equivocation the unethical conduct of Inibehe Effiong who has carved a very unenviable image for himself as a Lawyer who does not have respect for the bench and lacks ethics of the profession.

“I have had the privilege of speaking with His Lordship the Chief Judge of Akwa Ibom State, on the very unbecoming and condemnable conduct of Inibehe who went to the Chief Judge’s court just to do a case as any other Lawyer, but refused to behave like a Lawyer”