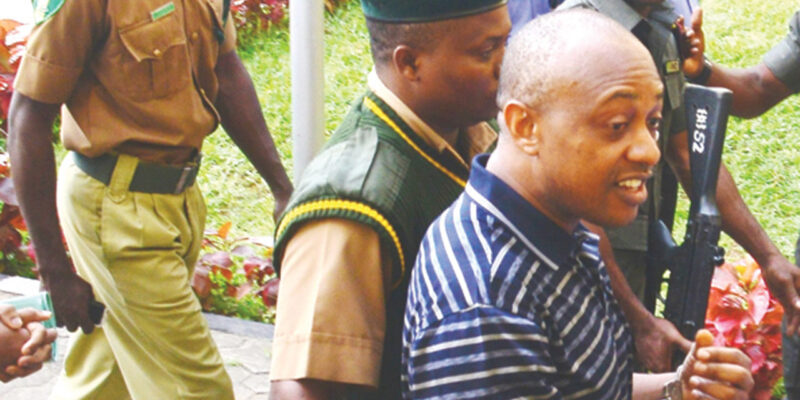 By Nkasi Kolie
Absence of a defence witness on Wednesday stalled the ongoing trial of alleged kidnap kingpin, Chukwudimeme Onwuamadike alias Evans and others before Lagos High Court, Ikeja.
Evans’s counsel, Mr Oyekunle Falabi, from Victor Okpara and Co. Chambers informed the court that the witness, whose name was not provided, could no longer be reached via phone.
“My lord, ordinarily we are ready to go on, but I’m surprised that the first defendant’s (Evans) witness is not in court,” he said.
“My lord, we have even put her through as a witness and I am surprised that she is not here. I have been trying to reach her on phone but her line is switched off. I am praying that the court should give us a short date.”
Counsel to Evans’s five co-defendants also agreed with Falabi’s request for an adjournment.
Responding, Justice Hakeem Oshodi adjourned the case till June 29 for continuation of defence.
“All other defendants should bring their witnesses on that day so that the day will not be wasted,” Oshodi ordered.
Evans while being led in his defence on January 22 by Mr. Victor Okpara denied all allegations of kidnapping leveled against him by the Lagos State Government.
He insisted that he was a legitimate businessman. He said his nickname was not Evans but was coerced into admitting being a kidnapper after the police, in a bid to make him confess, extra-judicially killed four individuals in his presence.