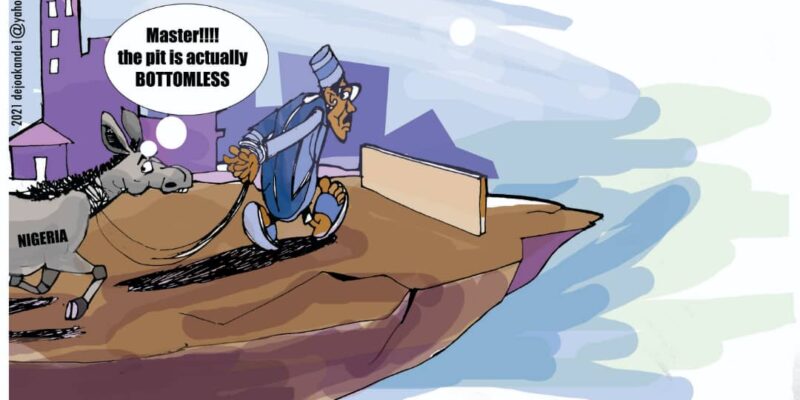 Those who are familiar with history of nations and civil wars within such countries would readily attest to the fact that taking up arms against one another can never be the best option in any circumstance because there must always be victims and bad losers on either side.

The case of Nigeria civil war between 1967 and 1970 remains fresh in the minds of those who practically witnessed what happened.  It was an incident that began as a child’s play but soon metamorphosed into a fractridal occurrence that consumed no fewer than three million Nigerians of various extractions but with the Igbos losing more of their people.

The wounds inflicted by that war are yet to heal as evidence of it manifest in the endless complain of marginalisation of the Igbos by the leadership of the Federal Republic of Nigeria even though their sons and daughters are part of the leadership directly or indirectly.

Besides the agitation for a sovereign Republic of Biafra as being espoused by the Indigenous Peoples of Biafra (IPOB) and Movement for the Actualization of the Sovereign State of Biafra (MASSOB), the emerging demand or agitation for Oduduwa Republic and other sectional agitations for independent governance out of the present sovereign Nigeria, are issues that should agitate the minds of the average Nigerian.

Events in contemporary times overtly or covertly give credence to the fact that disintegration of the country may come faster than we expect.  If we could wake up only to hear that Imo State Police Headquarters and Nigeria Correctional Service headquarters also in Imo State have been attacked overnight by unknown gunmen with sophisticated weapons, setting about 1800 inmates free, it becomes obvious that nothing should be taken for granted.

The savagery going on,  in different parts of the country which reinforces the willingness of some natives to insist that balkanizing the country will bring peace is worsened by a deep suspicion of turning  the entire country into a Fulani empire by the present leadership.

The fear of Fulani agenda may seem to be unfounded but the ease of penetration by their herdsmen into various places in the entire country and the penchant to dominate in the most cruel manner without adequate control or sanctions by the authorities underlines the agitation of the so called separatists.

Matters are not helped by the utterances of the likes of Sheik Ahmed Gumi; a Muslim cleric who would want the Boko Haram insurgents to believe that it was the Southern Christians who were killing them.  With this kind of scenario, the dividing lines are getting widened.

Concerned Nigerians particularly senior citizens have continued to warn and caution the present leadership of the country to stem the tide  of disintegration the flashpoints of which are all over the place.

The increasing spate of sectional agitations particularly in the Southeast and Southwest likely to be backed up by the emerging local security organizations should be a serious eye opener to the fact that the country is prettily sitting on a keg of gun powder.

The present precarious situation should be of utmost concern to every Nigerian; hence, securityreporters.com hereby joins in the crusade calling for one united Nigeria.

We are passionate about the existence of one indivisible Nigeria where no body or section is seen or treated as second class.  All Nigerians have equal stake.

The present national leadership under President Muhammadu Buhari should be conscious of how the average Nigerian feels in present time about the unity of all components of the country.

The government should make a paradigm shift towards promoting centripetal elements that would always enhance the unity of all than advance centrifugal interests that could ignite fire of disintegration.